Scientists have discovered why ‘apple’-shaped people have a higher risk of type 2 diabetes and heart complications than their pear-shaped peers.

While scores of papers have found this to be the case, few have been able to explain what makes belly fat riskier for insulin resistance than any other type of body fat.

Now, researchers at Columbia University Irving Medical Center have found that at least one of the culprits for this mysterious inflammation comes from the liver.

They did not find a way to blitz the bulge, but they did find potential ways to switch off the pathway in mice, soothing inflammation in the abdomen and lowering their resistance to insulin.

The finding, they said, could pave the way to preventative drugs prescribed to people with a pot belly. 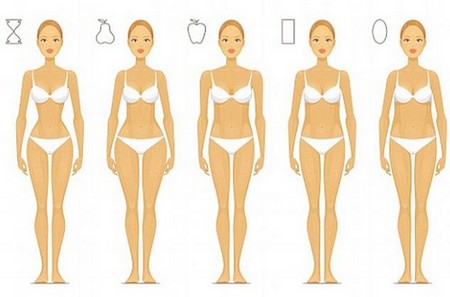 Scores of studies have found apple shape to be risky, few could explain what makes belly fat riskier for insulin resistance than any other type of body fat, until this Columbia study

The enzyme in question is called DPP4, which travels through the blood stream to abdominal fat in both mice and humans.

Once inside fat tissue, DPP4 helps to activate inflammatory cells.

There are medicines on the market that act as DPP4 inhibitors (so-called gliptins), given to people after a type 2 diabetes diagnosis to help manage their disease. They lower blood sugar by preventing DPP4 from interfering with a hormone that stimulates insulin production.

However, these drugs do not reduce inflammation in fat or improve insulin resistance.

The new study by Columbia, published online today in Nature, showed this inflammation can be soothed by turning off DPP4 production in the liver.

‘Gliptins inhibit DPP4 in the blood and so they should, in theory, prevent fat inflammation,’ said study leader Ira Tabas, ‘but we didn’t find that in our study.’

He added: ‘If we can develop ways to target liver DPP4 in people, this may be a powerful new way to treat obesity-induced type 2 diabetes.

Dr Tabas believes gliptins’ lopsided effect may be down to the way they target the gut rather than the liver.

‘DPP4 inhibitors lower blood sugar by inhibiting DPP4 in the gut,’ he said.

‘But we have some evidence that DPP4 inhibitors in the gut also end up promoting inflammation in fat. That cancels out the anti-inflammatory effects the drugs may have when they reach inflammatory cells, called macrophages, in the fat.’

Dr Tabas concluded gliptins could be more effective if they were slightly rewired to target liver cells rather than the gut.

This could be done by wrapping the drug in nanoparticles, which are fired  that are delivered to the liver.

An alternative approach, tested by the Columbia team, could use snippets of genetic material that silence particular genes (known as small interfering RNAs or siRNAs) to turn off the DPP4 enzyme.

These, Dr Tabas said, could be attached to certain sugars which make a beeline for liver cells.

‘From our studies, we know that DPP4 interacts with a molecule on these cells to increase inflammation. If we could block that interaction, we might be able stop the enzyme from causing inflammation and insulin resistance,’ Dr Tabas said.

Jennifer Aniston uses CBD oil – but what is it?

Inside the Mexican psychedelic drug rehabs American addicts flock to