“She was crying… and for one month and two months and three months, we talked about her not having this child. She had the pills in her hand…,” he said through tears.

Then the following day, Kanye shared an emotional rant on Twitter, claiming that his wife and her mother Kris Jenner tried to lock him up.

Kanye West has made headlines multiple times over the last week. Last weekend, the 43-year-old rapper launched his campaign tour for the US presidential election in South Carolina, during which he broke down and began discussing incredibly personal issues.

The hashtag ‘Pray for Ye’ was trending on Monday night, with fans expressing concern for Kanye’s psychological wellbeing.

But not everyone took to social media in solidarity. Many took the opportunity to mock Kanye, joking about how ‘unhinged’ he seemed, and shrinking the severity of the situation by suggesting that Kanye is simply being his usual eccentric self, or even that his recent actions have been a purposeful means to promote his upcoming album, Donda (named after his mother, who passed away in 2007).

Such reaction makes a mockery of mental illness and the debilitating, devastating manic episodes that so often come with it. In a society that has, in recent years, supposedly made progress towards abolishing mental health stigma, the reaction to Kanye West’s recent behaviour has been nothing short of shameful.

“We as a society talk about giving grace to the issue of mental health as a whole, however we should also give it to the individuals who are living with it in times when they need it the most,” Kim wrote in a heartfelt statement on Wednesday.

Addressing her husband’s mental health on Instagram Stories, Kim shared: “Anyone who has bipolar or has a loved one in their life who does, knows how incredibly complicated and painful it is to understand,” she wrote. “I feel like I should comment on it because of the stigma and misconceptions about mental health… People who are unaware or far removed from this experience can be judgemental and not understand that the individual themselves have to engage in the process of getting help no matter how hard family and friends try.

“I understand Kanye is subject to criticism because he is a public figure…on top of the pressures of being an artist and a black man, he experienced the painful loss of his mother, and has to deal with the pressure and isolation that is heightened by his bi-polar disorder.”

We spoke to Miyume McKinley, LCSW, Psychotherapist and owner of Epiphany Counselling, about Kanye’s situation and bipolar. Here’s what she had to say…

What was your first reaction when you saw Kanye West’s recent tweets/activity?

I felt an immediate sense of empathy and compassion for him. I truly hope he has a support system who has a desire to understand his diagnosis and people around him that he can trust to have his best interest at heart.

From your professional perspective, what would you say his behaviour is indicative of? What symptoms is he displaying? How is he behaving in a way that corresponds to bipolar disorder (or indeed any other illness you think could be present?)

Kanye West has shared on many platforms his diagnosis of bipolar disorder. On the David Letterman show in 2019, he stated “…I can just tell you what I’m feeling at the time, and I feel a heightened connection with the universe when I’m ramping up.” I do believe what he is describing as “ramping up” is indicative of mania/manic episode that is a symptom of Bipolar I disorder.

Often when an individual is in a manic state, they experience an elevated or irritable mood and a significant increase in energy and activity.

Manic episodes can also include the following:

Based on Kanye’s recent behaviours it appears that he is experiencing a manic episode.

He has previously said of how his illness manifests: “When you’re in this state, you’re hyper-paranoid about everything…. Everything’s a conspiracy. You feel the government is putting chips in your head. You feel you’re being recorded. You feel all these things.” Would you say this is being displayed in his recent tweets?

There are many pieces of Kanye’s life puzzle that we do not know. However, given that he has openly shared his diagnosis of Bipolar disorder it appears as though he is currently experiencing a severe manic episode. Paranoia, delusions, and lack of awareness (of the mental illness) can be associated with severe manic episodes. This could be a reason he is expressing feelings of paranoia.

In your opinion, what support/ help does he need right now?

Kanye would benefit from a support system of loved ones who have a desire to further understand his mental health diagnosis. By educating themselves about his diagnosis they can learn how to support him during challenging times or a manic episode. When a person is in a manic state, logical reasoning is not present. Therefore, loved ones get frustrated and overwhelmed. A natural inclination is to try to get a person understand why their actions are irrational or why they need to change, especially if their behaviours are negatively impacting them. However, when a person is experiencing a manic episode this approach rarely ever works. It would be important for Kanye to have a mental health treatment team to support him. During a manic phase more intense mental health services may be necessary. In addition, psychotropic medication can also be helpful in mood stabilisation and emotional regulation.

What is your reaction when you see people misunderstanding, or even making fun of, celebrities like Kanye who are suffering with their mental health?

When people struggling with mental illness are mocked or met with negativity, it makes me sad. These unfortunate responses illustrate how insensitive society is to those who struggle with mental illness. It is a challenge for anyone who has a mental illness to manage their symptoms. Can you imagine trying to understand, accept and manage a mental health diagnosis while your life is on display for the world to see. Limited privacy and vulnerable moments caught on camera must be devastating for Kanye. Most of us do not like when those we know are aware of personal challenges. Can you imagine the entire world being aware of such a personal issue? This negatively impacts and could prolong the healing process without the necessary supports in place.

You work with a lot of black men; is there a lot of stigma and judgement around the mental health of this demographic, from both within the community and outside of it?

Vulnerability and sharing feelings are not prized in black communities for black men. Often time the symptoms associated with trauma (PTSD, anxiety, depression, etc.) are often normalised as they are so common. Therapy is often viewed as “weak”, in addition the lack of trusting mental health professionals due to poor cultural competency often detours black men from seeking treatment. Unfortunately, in the black community often what is viewed as “culture” is often “unhealed trauma” that has been normalised.

If you were a member of Kanye’s family/ friendship group – or indeed of anyone who may be suffering in a similar way – what would your advice be to help them cope? How can we best support people in Kanye’s position?

Be involved in your family members mental health treatment

Family therapy sessions can aid everyone in understanding more about the mental health diagnosis. Meet with their therapist (if the are open to you doing so) to learn how you can support your loved one. Psychoeducation on their diagnosis will aid in understanding their behaviours and symptoms.

Seek mental health treatment for yourself

Caring for a loved one with a severe mental illness can be challenging and at time emotionally draining. You cannot pour from an empty cup so taking care of your own mental health is just as important as supporting your loved one.

You cannot control their diagnosis or their behaviours, so patience for your loved one and with yourself is important. Also practice self-care so that you can recharge and maintain your own emotional health. 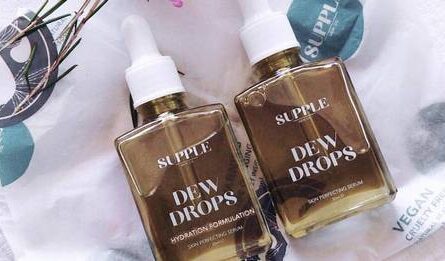