I Hate Suzie is a really brutal and honest reflection on anxiety. Watching it was like being in a pressure cooker of anxiety, is that something you really wanted to create?

Billie Piper is the queen of reinventing herself. She has gone from teenage popstar to Doctor Who actress and Olivier award-winning theatre actress. Now she has co-created and stars in Sky TV’s new show, I Hate Suzie. It is a brutal, harsh, yet addictive, examination of anxiety as Suzie’s – a popstar turned actress herself – life unravels as nude images of her are leaked online.

Yeah – I’m very much interested in anxiety and its effect on us all globally. It was about pulling apart why we are all living with this feeling and making this an immersive experience. Its purpose-built to make you feel like you’re in the body and mind of this woman, you are so close to the character, you’re literally sat on her shoulder.

How has anxiety played out in your own life?

I didn’t think I had anxiety until seven years ago. I always remembered myself as quite a chilled child, and maybe that was true – my mum says that I was a sort of sunny, happy child – but I think I’m just coming to terms with the fact that I actually have quite acute anxiety, and I know I managed that as a kid. Also, nobody was talking about it, so you couldn’t name it, and therefore it can often go unnoticed. I was like an obsessive cleaner when I was a kid, in a way that’s beyond normal.

I wouldn’t let people sit on my bed in case they creased it and quite often I wouldn’t let anyone come around in case they sort of messed with my room and then I think that progressed. I’ve also seen it a lot in my family and I continue to see it, so I think it’s genetic, combined with the world in which we live. 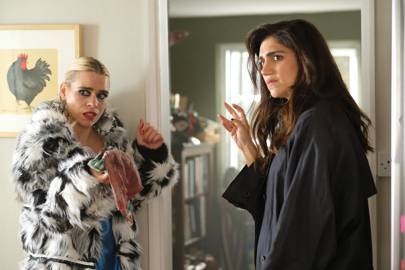 What made you realise that you had anxiety seven years ago?

I think it’s your 30s actually, if I’m honest. In your late-20s, early-30s you start looking at patterns of behaviour in your life. I’m keen to look at that and alter it, or at least try and understand it a bit better, and it usually comes out of traumas that happen in your life. I think your 30s are a massive turning point, like a rude awakening.

I just don’t know that people talk about that enough or dramatise it enough. You get to your 30s and you’re like, “I should be more established,” or, “I’m a bit of a mess,” or, “I haven’t had a kid and maybe I should,” or, “I’ve lived in bad relationships, why have I done that repeatedly?” You know, it’s just like, “What the f**k is this?” This is your 30s.

Yeah absolutely. I think I’ve done it pretty much all my life, as a woman, I think you have this need to please and make yourself suitable for every environment. That may be a generational thing – I’m hoping that my little girl won’t do that – but I think it’s something that I’ve experienced, and something my peer group have often talked about. 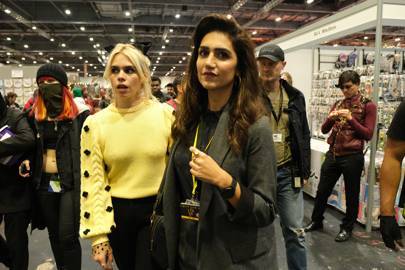 It becomes completely unmanageable, to the point where you just don’t know where you are. In I Hate Suzie it’s the beginning of accepting who she actually is.

What were your turning points in learning to accept yourself and who you are?

They’ve always been really horrible things. It’s always like the big, stressful moments of suffering within your life that force you to look at yourself and change. I mean it’s a horrible reality, but that is my reality. Also, I think having children made me look at myself a great deal, and what I don’t want to repeat or I don’t want them to experience, even though I have to accept that I cannot completely control their experience of life, even though I’d really like to.

Just like Suzie you were thrust into the public eye at a young age as a popstar. What’s your relationship like with your younger self now?

I’m only coming to terms with that period of my life. I think it’s been pretty much in the dark, I can’t remember a lot about it and I think that’s not good. I think there are a number of reasons for that, but mostly it’s because I worked so hard as a child who should have been sleeping and growing. I also experienced some incredible things, saw a great deal and you know, I don’t regret that period of my life.

But some of those feelings that I had in that period of time have sort of sat dormant, they’re coming out now and I’m sort of coming to terms with that. It’s certainly not something that I would ever encourage my children to do. I mean it’s kind of disturbing to think of myself at that age in some of those environments.

What kind of things are you dealing with now that you let go dormant?

Well I think the anxiety is a big one. I think I lived for five years in permanent fight or flight, the schedules were really demanding and also, I was a teenager full of hormones.

I was very aware of my image in a way that wasn’t at all healthy, and I just worked so many hours. I’ve never worked as hard as I did then, so I think there was this unnatural sort of adrenal exhaustion and it’s created someone who is quite anxious and sometimes a bit depressive. Not a lot, but I can definitely lean into that sometimes.

Have you ever felt that people try to pressure you to be labelled – you have acted, you have sung, and you are now a creator and producer – and is that very sexist?

Yeah, I guess I have, but I haven’t let it stop me. I’ve noticed a bit of that, but I’ve been quite bloody minded about doing what I’ve wanted to do all my life, creatively anyway, not so much personally and so I’ve maybe seen those knocks as challenges. 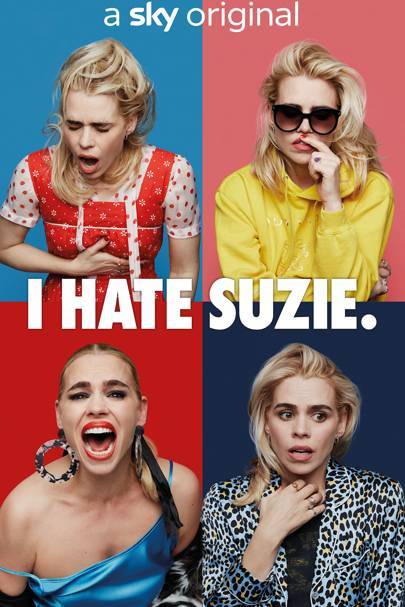 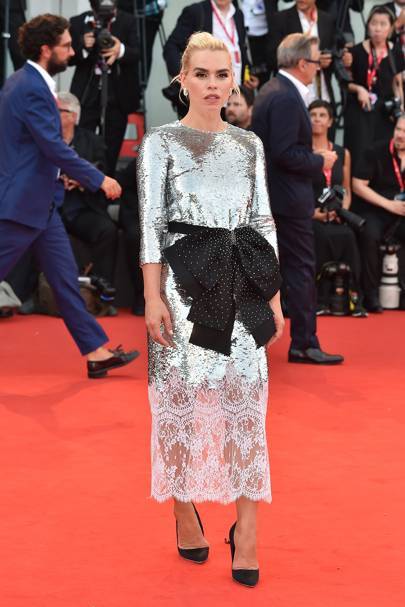 The thing that’s kind of disappointing about wanting to do a number of things is accepting that you might fail at those things and then having some successes.

I think what’s really disappointing is that people sort of brand you as like some ambitious bitch, and that that is somehow bad to be ambitious as a woman. That’s the thing I find quite disappointing but also, I don’t care, you know.

Is it very therapeutic for you, your work?

Yeah. It gets rid of a lot of stuff for me, you know, those sorts of dormant years that we’re talking about. I think I, on some level, deal with those dormant years and I’m not even quite able to articulate what that is or what that means for me. Like Yerma, which was a really emotional play, people would ask me if that really messed with my head, but I relished it, to be honest. I really needed it.

What do you think you’ve learned about yourself through playing this character in I Hate Suzie?

What have I learned about myself? That I can be really dissociative, I sort of can do that as the character, but also do that as a person and as a sort of protection. I’ve noticed that – something else for me to get anxious about- it’s just something new for me to examine and take to my therapist, my new disassociation.