We’re all familiar with Zoella and Patricia, but the most surprising new female stars dominating the internet hail from Saudi Arabia, where millions of fashion and beauty lovers pour over their Instagram feeds or devour hours of YouTube – the region’s most popular platform – for lifestyle content.

From food to fashion, comedy to beauty; Saudi Arabia is starting to produce inspiring female influencers to make you laugh, cry and create that perfect smoky eye.

In a country where women have famously been censored, a new dawn of female empowerment is peeping through, and social media is providing a platform for some women to share new thoughts and ideas to empower and entertain the rest of the female nation.

So scroll through your feed and check out these bold and powerful women representing the changing face of Saudi Arabia today.

We all know that funny women may just change the world, and that seems to be the USP of Hatoon Kadi. She’s a YouTube comedian who founded, and stars in, her own show Noon al Niswa, a bitingly funny series that portrays the reality of the female perspective in Saudi Arabia. She’s now an ambassador for countless brands and charities and has used her platform to highlight the plight of Syrian refugees. Her work is political and often pointed but, ultimately, light hearted. Because yes, she’s funny, she’s very funny. 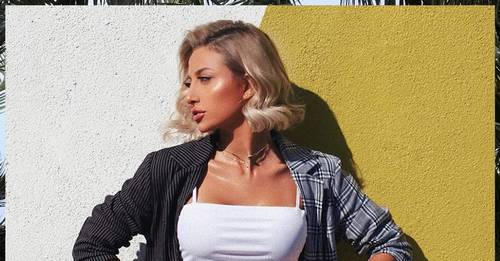 One of Saudi’s top influencers; Al Juhara Sajer is a prolific Instagrammer of relatable, humorous and inspiring lifestyle and beauty content, with a buzzing YouTube channel to match. From travel tips to inspirational quotes to some seriously chic modest fashion, she’s one of the brightest faces of modern day Saudi Arabia.

This Saudi artist is not only going to give you serious hair envy (check those curls), but fantastic artistic inspiration. Her work has been featured and her performance art has been staged around the world and is powerful and thought-provoking – often discussing important themes about women and empowerment in the Arab world. She is a former graphic designer and once founded her own clothing line called Qabila Apparel. Balqis was also featured in Nike’s Believe in More campaign back in 2017. Oh, and she’s a mean hula hooper.

With nearly 1 million followers, Yara is one of Saudi’s biggest internet stars, showing a fresh and modern approach to Saudi’s emerging beauty world. The beauty queen, makeup artist and modest fashion influencer has worked with some of the biggest brands, from Benefit Middle East and Mac to MaxMara and is even developing her own makeup line. She got her big break creating beauty tutorials on Saudi Arabia’s women-only shopping platform Boutiqaat and is now well on her way to becoming a phenomenon. Oh, and she’s barely in her twenties. Watch this space…

Roz is probably one of the boldest new faces of modern day Saudi Arabia. The boundary breaker is officially the first female model from Saudi Arabia. She’s travelled the world, flying the flag for her country and has been featured in high-profile campaigns for big brands from Guess and Too Faced to Maybelline and Victoria’s Secret. Oh, and she even has her own mobile game. Casual.

This pioneering photographer creates rich and powerful images of women in Saudi Arabia and her feed is littered with her amazing work, showcasing the true face of the Kingdom today. From striking portraits of influential and intriguing subjects – such as fashion powerhouse Marriam Mossalli with whom she worked on her recent book Under The Abaya – to great fashion and beauty images, Lina is a striking talent worth following. Make sure to catch her coverage of MDL Beast festival too – where she’ll be capturing the action on the ground at the pioneering event.

The young Saudi vlogger has a six-figure following but once never showed her face on camera. Her Drama Queen channel was so good, however, that she got a hefty following even before she went in front of the lens. Her content of lifestyle, beauty, food and (yes) pranks, have made her one of the country’s most famous YouTubers and influencers and she now has a second channel, Drama Beauty for her many makeup tutorials. Her success in an industry that was previously heavily male-dominated, and where she received her fair share of trolling, is seriously impressive, and her work shows the brave fierceness of modern day Saudi women.

This Saudi-based influencer is well on her way to becoming the next Huda Kattan, thanks to her amazing beauty tutorials. The model also bears a striking resemblance to Instagram’s reigning selfie queen; Kim Kardashian, though the 26-year-old claims she’s never seen the resemblance. Personally, we think Layali has her own fierce and fabulous vibe which is distinctly Saudi Arabian (and proud) and we’re living for her refreshing beauty tips and bold styling.