In 1992 Betty appeared on Oprah’s chat show where she was interviewed live from prison. Her children also appeared on the show and Betty stated that Dan started to verbally abuse her calling her, “fat, ugly and old,” when she questioned his relationship with Linda, who at the time was his secretary.

She went on to say that, “no one would have put up with that level of abuse.”

Speaking to the New York Times two years after the double murder in 1991, Betty said, “”He took my home, my kids, my money. His was the white-collar way of beating you. If he had hit me with a baseball bat, I could have shown people what he did and made him stop.”

Public opinion was divided with many seeing it as a cold-hearted murder and others siding with Betty and taking into account the abuse, she claimed to have experienced. After a very public trail, Betty was convicted of two accounts of second-degree murder and sentenced to 32 years to life in prison. 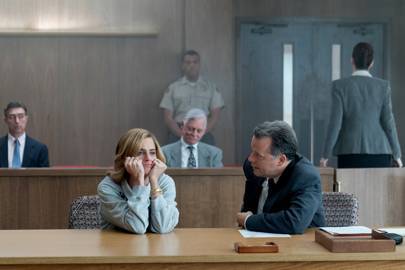 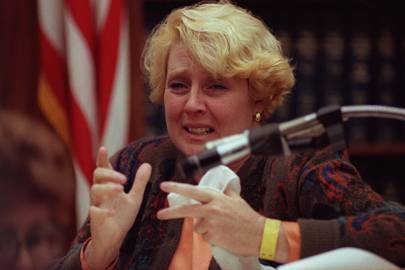 The new Netflix TV show now attempts to trace what transpired in the lead up to the murders and using the Los Angeles Times account of events. In this account it was claimed by Betty that her husband, who was a well-known attorney, was deploying his, “legal influence to cheat her out of her fair share of his seven-figure annual income,” during their incredibly difficult and messy divorce battle.

As the show goes onto suggest, as did Betty’s defense attorneys, that Betty suffered from extreme gaslighting at the hands of her husband and suffered from extreme psychological abuse. Gaslighting for those looking for a definition is defined as a form of psychological manipulation. It refers to the action of attempting to distort another person’s perception of reality. The Netflix dramatisation of the murder certainly plays true to this definition.

Here are the details on where Betty is now, whether she still talks to her children and whether she will ever be released from prison…

Where is Betty Broderick now in 2020?

Betty is still alive, aged 72 years old and still imprisoned at the California Institution for Women in Chino. Although the sentencing is almost up, she is expected to spend the rest of her life behind bars.

Will Betty Broderick ever be released from prison?

In January 2017 California’s parole board, consisting of only two members, both voted against releasing her from prison. She is now up for parole again in 2032 when she will be 84 years old.

Speaking about the decision District Attorney Richard Sachs said, “Betty Broderick is an unrepentant woman. She has no remorse and zero insight into the killings … She just basically said they drove me to do this.” 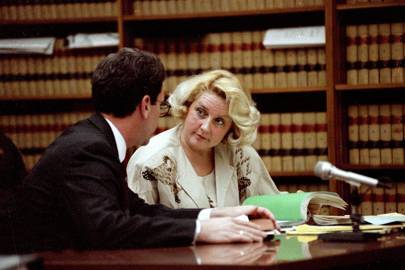 However, Betty reportedly wrote a letter to the producer of true crime TV show, Murder Made Me Famous, who were looking to profile the murder, saying, “I have no one to speak for me. This was a case of domestic abuse: a pattern of coercive control that lasted throughout our marriage until the day I killed them.”

“I have met all criteria for parole and my release date was 2010 … Now I am only a political prisoner. They have no reason to deny my parole,” she continued.

Does Betty Broderick still talk to her children?

Betty penned her own memoir, Betty Broderick: Telling on Myself in 2015. Within the book Betty said that she still sees and has contact with her four children with Dan, Kimberly. – who originally testified against Betty – Kathy Lee, Dan Jr., and Rhett.

When Betty was able to go up for parole in 2010 her children also testified at the hearing. However, they were split on whether she should be released. 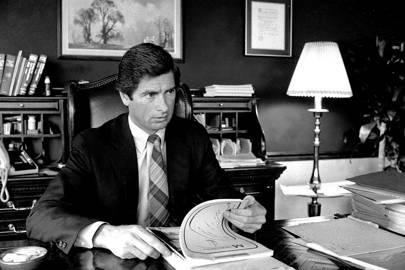 Speaking to the parole board, her son, Dan Junior argued that Betty was, “hung up on justifying what she did. In my heart, I know my mother is a good person. But along the way she got lost. Releasing a lost person into society could be a dangerous mistake,” he concluded.

However, her daughter, Kathy Lee argued to the parole board that her mother should be released saying, “she should be able to live her later life outside prison walls.”

The 5:2 fragrance plan is the essential new way to choose a signature scent when you just can’t commit