Bette Midler joined Michael Kors as she enthusiastically lent her voice in support of the opening of Essex Street Community Garden in the heart of Brooklyn. “I’m screaming, and I’m going to lose my voice,” the Grammy winner exclaimed to the crowd as a series of elevated subway cars thundered overhead.

“And we definitely don’t want that.” For nearly three decades Midler has been a champion of public green spaces through her nonprofit New York Restoration Project, which has helped develop more than fifty urban gardens throughout New York’s five boroughs.

And in her private life, the singer’s passion for homegrown food has led her to cultivate a wide variety of vegetables in her own garden, which boasts as many as 20 kinds of peppers. Here, she shares with us some of her knowledge about both public and private gardening and preserving a cause that’s very important to her.

Architectural Digest: How long has this been a passion of yours?

Bette Midler: When I came back to New York in 1994, the place was a train wreck. Giuliani had just been elected, and there seemed to be a shift. I started picking up garbage along the West Side Highway. At that time there was no development along the West Side Highway at all, and they had been fighting over the waterfront since World War II. Somehow I started picking up garbage – and I’m not taking credit for this – but I will say that a lot of stuff started happening. I started this organization with a friend of mine in 1995 and we’ve been going ever since. These gardens are just part of what we do. We have 52 community gardens, but that’s just a little part of what we do. We teach children, we build parks, we’ve renovated parks – not community gardens. They’re two entirely different things. We have real estate all over town. These gardens we own, but we help the park department. We were instrumental in planting a million trees here in the city. That’s what we do. 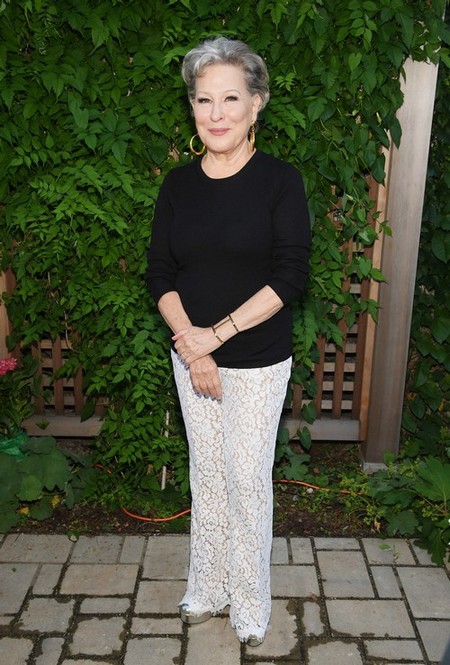 AD: I actually just saw an old episode of the Simpsons that showed you picking up trash and chasing down litterbugs.

Architectural Digest: Why do you think having garden space is important for everyone?

BM: A lot of people love to plant things and grow their own fruits and vegetables and they like to grow organically. Sometimes they can’t afford to buy organic fruits and vegetables in the market. There are food deserts all over town. Some people just like to get their hands in the dirt, and we provide them the space to do all of that. Whatever part of that they need to do or want to do, that’s what we help them do.

AD: In what ways do you refresh your own personal garden space?

BM: The thing about gardens is they do need attention – they grow. You have to decide if you want a manicured look or if you want a more wild look, and you also have to decide what you want to grow. I saw recently a documentary about a Japanese monk – a woman. She just throws stuff out. She doesn’t weed, she doesn’t do anything. She just throws her seeds out, they grow up, she harvests, and she’s happy and it’s fantastic food. The thing about gardening – especially food gardening – is that you have to love to eat. If you love to eat then you’re going to love growing your own food garden.

AD: Do you have a good garden?

AD: What do you grow?

BM: We grow our own tomatoes, kale, squash, watermelons – we grow whatever.

AD: What’s your favorite part about your garden this summer?

__BM:__We grow a lot of pepper and I love pepper. I love pepper! I must grow 20 kinds of pepper a year. Then we dry it, we grind it, and we use it in food. It’s great fun. We always look at it all and are so impressed with what we’ve accomplished.

AD: What advice do you have for someone looking to start their own garden at home?

BM: If you’re in an urban area I would look around the town and see where my community garden is. NYRP has 52 gardens, but there are hundreds of them. Most of them are under the umbrella of Green Thumb, and they belong to the parks department. They came to the parks department during the ’70s when people were fleeing the city and buildings were being set on fire. People started gardening in the empty lots and there are hundreds of them. Green Thumb does not manage gardens the way we do, but if you have a good eye and there’s something near you, then go up and ring their bell.

AD: It’s great that Michael Kors has partnered on this as well.

BM: He’s one of the most generous New Yorkers you could imagine. He’s social, but not so social that he doesn’t care about his fellow man. That’s very rare. Most people just want to be at the Met or the opera or the ballet. They don’t give a rat’s ass what happens across the bridge. Michael does, and I love him for that. 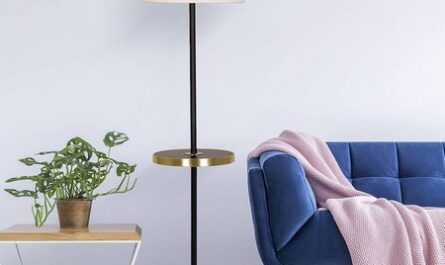