Beijing has announced plans to build a brain-science centre that will rival in size some of the world’s largest neuroscience organizations. It will also serve as a core facility for the country’s long-awaited brain project – China’s version of the high-profile brain-science initiatives under way elsewhere in the world.

The Chinese Institute for Brain Research was officially established in Beijing on 22 March, with an agreement signed by representatives of the Beijing municipality and seven research organizations based in the capital. The agreement named two neuroscientists – Peking University’s Rao Yi and Luo Minmin of the National Institute of Biological Sciences in Beijing – as co-directors.

The new Beijing facility will be one of the first concrete developments in the national China brain-research project, which has been under discussion for five years but has yet to be formally announced. The United States and Europe each launched billion-dollar brain initiatives in 2013, and Japan followed with a smaller project the following year. South Korea answered with its own initiative in 2016.

The Chinese project is expected to complement these projects with its rapidly growing cadre of top neuroscientists, abundant supplies of research monkeys, the country’s heavy burden of people with neurological diseases and its big investments in brain-imaging facilities. 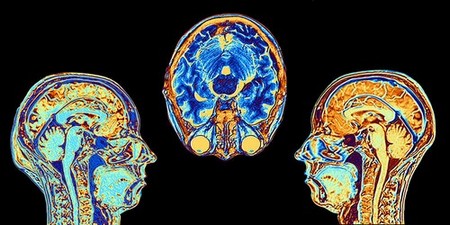 “The brain is such a complex system that significant efforts are needed to tame this complexity at an international level,” says Katrin Amunts, scientific research director of Europe’s Human Brain Project. China has the potential to provide important insights that relate to the work of other projects, she says.

Luo says that he will oversee the roughly 50 principal investigators who will have laboratories at the new centre, with Rao taking charge of external grants that will support around 100 investigators throughout China. Luo says that it will be similar in organization and scientific scope to the US National Institute of Mental Health, a major US brain-science funder, although on a smaller scale.

The Chinese centre will be a partnership between Beijing’s premier biomedical institutions, among them the Chinese Academy of Sciences, the Academy of Military Medical Sciences, Peking University and Tsinghua University. Luo says it will support projects that use the latest biomedical methods, for example high-throughput single-gene sequencing, precise genome editing and big-data processing. He also hopes to develop better imaging tools, such as a voltage sensor that can directly record neuronal activity and high-speed imaging microscopes that will allow detailed views of brain activity.

This year, Luo plans to use 180 million Chinese yuan (US$29 million) provided by the Beijing municipal government to hire the first five or six research groups, and to install them in a building already constructed by the municipality, which is across the road from his institute. When operating at its full capacity of 50 researchers, which Luo plans to have within five years, some 400 million Chinese yuan per year will be needed, which Luo hopes to secure from the country’s brain-science project, with a substantial amount still coming from Beijing.

Luo says that it will be a “docking site” for the China brain project, which has been in planning since the United States and Europe launched their programmes. So far, few firm details about the project have been released. Scientists who spoke to Nature expect that the government will officially launch the initiative some time this year.

In the meantime, other facilities are preparing their bids for support from the national brain project. A large science park under construction in Shanghai will house a ‘southern centre’ for neuroscience research. The project’s organizers say this will support many more principal investigators than its Beijing counterpart, which scientists are dubbing it the ‘northern centre’.

Feng Jianfeng, a computational biologist and head of Fudan University’s Institute of Science and Technology for Brain-inspired Intelligence, has been involved in organizing the Shanghai brain projects. He says that one focus will using artificial intelligence (AI) to study brain diseases. Feng adds that, with 190 million Chinese yuan from the university, he is already setting up a brain-imaging facility that will house the largest number of magnetic resonance imaging devices in Asia, and will be based at the southern centre. AI algorithms will screen the images, comparing diseased brains with healthy ones, to form part of the world’s largest brain database, he says.

Another programme expected to be integral to the country’s brain-science initiative is an international mesoscopic connectome project, being designed by Mu-Ming Poo, director of the Institute of Neuroscience in Shanghai. Connectome projects attempt to map out all the neural connections in the brain.

Finding enough researchers might be the greatest challenge for both the individual centres and the China brain-science project. Jeffrey Erlich, a neuroscientist at NYU Shanghai, says as well as hiring top neuroscientists, the brain-science initiatives will need to fund postdoctoral positions and graduate-school research posts offering internationally competitive salaries. “That would increase the number of top students going into neuroscience,” he says. “Then, in five to ten years, China could have a fresh crop of top young scientists.”

What Happened to JoAnn Romain?

A robot that builds IKEA furniture in a snap