A group of physicists says that it is still detecting the presence of dark matter – the mystery substance thought to make up 85% of matter in the Universe – 20 years after it saw the first hints of such a signal.

DAMA, a collaboration of Italian and Chinese researchers, has announced long-awaited results from six years of data-taking, which followed an upgrade to the experiment in 2010. The findings are a boost for the multiple groups attempting to reproduce DAMA’s results, which have been controversial and contradict those of﻿ other experiments. But DAMA’s improved sensitivity also makes its results harder to explain, physicists say.

Observations of galaxies and of the Universe’s primordial radiation imply that the vast majority of matter is of a type that is invisible and interacts almost exclusively through gravity. Many theories exist for explaining the nature of this dark matter, and lots of experiments have been attempting to detect it via subtle interactions with ordinary matter.

Rita Bernabei, a physicist at the University of Rome Tor Vergata who has led DAMA since its early days, presented the latest results on 26 March at a meeting at central Italy’s Gran Sasso National Laboratory, where the experiment sits in a cavern under a mountain. Slides from her talk are available online, and Bernabei told Nature that her team would not comment while it is finalizing its paper on the results.

Physicists searching for dark matter hope to measure the tiny amount of energy given off when particles in a ‘halo’ of dark matter thought to envelop the Milky Way interact with atoms of ordinary matter on Earth.

DAMA works by recording brief flashes of light that occur inside crystals of sodium iodide when subatomic particles hit the nucleus of a sodium or iodine atom. Some flashes occur as a result of collisions by stray neutrons and other background radioactivity. But a signal from dark matter in the Milky Way would stand out, because it would show up as a characteristic yearly modulation.

That’s because as the Sun moves around the Galaxy, the halo should hit the Solar System as a head wind, which seen from Earth would vary slightly in speed as Earth circles the Sun. The faster Earth moves, the more dark-matter detections it would make, and so the number of flashes detected would vary throughout the year. The signals should peak in early June and be at their lowest in early December, says Katherine Freese, a theoretical astroparticle physicist at the University of Michigan in Ann Arbor, who was part of the team that first proposed1 looking for such fluctuations in 1986.

But when DAMA first announced that it had seen such a fluctuation, soon after an early version of the experiment was turned on in 1997, the physics community was sceptical. Critics doubted that this effect was a genuine sign of dark matter. Instead, they said, terrestrial sources or quirks in the apparatus might be mimicking a real signal. There was also a possibility that the blip would vanish after parts of the detector were replaced with newer technology. But that didn’t happen. “The modulation is still there, loud and clear,” says Freese.

A number of increasingly sophisticated experiments that should also see dark matter – although with different techniques – have so far found none. But the DAMA team has continued to see a fluctuation. The group confirmed that it had seen the signal most recently in 20132, from a previous incarnation of the experiment, called DAMA/LIBRA phase 1. The latest findings, from the upgraded DAMA/LIBRA phase 2, come as other experiments are trying for the first time to corroborate or disprove the claim using the same type of sodium iodide crystals as in DAMA.

Leading that pack is COSINE-100, a US and South Korean experiment at the Yangyang underground laboratory in South Korea. Hyunsu Lee, a physicist at the Institute for Basic Science in Daejeon, says that had DAMA’s signal disappeared in the new data, it would have dampened motivation for carrying out further sodium iodide experiments.

“For us, these results are very encouraging,” says Susana Cebrian, a physicist at the University of Zaragoza in Spain who works on another replication attempt, called ANAIS, in the Canfranc Underground Laboratory in the Pyrenees.

But DAMA’s latest results have a twist. The upgrade has made it sensitive to lower-energy collisions – signals from slower-moving particles. For typical dark-matter models, the timing of the fluctuations, as seen from Earth, should reverse below certain energies: “It should peak in December and be at a minimum in June,” says Freese. The latest results don’t show that.

The deviation “is refreshing, and food for thought”, says Juan Collar, an experimental physicist at the University of Chicago in Illinois who works on dark-matter detection. “Model-builders are going to have a ball with it,” he adds. “It may be pointing to a mundane origin, or a wickedly complex dark-matter interpretation.”

But many physicists still express scepticism. Dan Hooper, a physicist at the Fermi National Accelerator Laboratory in Batavia, Illinois, tweeted on 26 March: “I’m a very creative dark matter model builder (if I do say so myself) and I cannot come up with a viable model that can produce this signal.”

Freese, who isn’t part of the DAMA collaboration, is more sanguine. She says that the data at low energies are still tentative, and could yet be compatible with a flip.

“It is more urgent than ever that an independent experiment based on the same technique, like ANAIS, could reproduce the effect,” Cebrian says. Her team will wrap up its first year of data-taking in August, she says, and aims to publish results before the end of the year.

By that point, COSINE-100 will have accumulated two years’ worth of data and also intends to release its first results. Other experiments are planned in Australia and Japan; the PICO-LON detector, which Japanese researchers hope to set up in the Kamioka Underground Observatory, will aim to be especially sensitive to those tell-tale low-energy events, says Kenichi Fushimi, who is leading that effort at Tokushima University.

Although DAMA’s latest upgrades removed some potential concerns that the effect might have been generated inside the detector, Collar says, “The mystery, however, remains of why their result is incompatible with just about every other finding in this field.”

Out of the Straitjacket 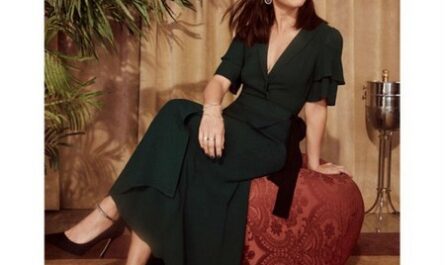 Maisie Williams Just Got a Mullet