The sequel picks up one year after Stacy and Prince Edward got married, as Margaret’s Christmas Day coronation is approaching and her relationship with Kevin is on the rocks. 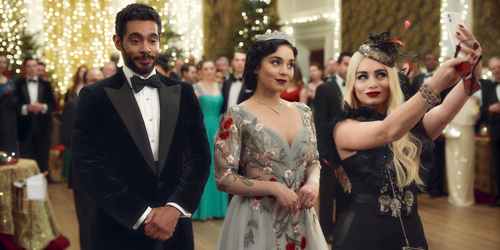 But this movie brings a third lookalike, even more drama, and slightly more adult humor that some parents may want to be aware of before watching with their kids, even with the G rating. Keep reading for a few moments to look out for before pressing play on this heartwarming holiday movie.

Overall, this film was amazing, and my family loved it! My kids (3 and 1) weren’t interested the entire time, and I can see how all the switching roles and complicated love interests would be very confusing for little kids to follow.

If they can’t sit still for it, then just try again next year. But, if they love romantic holiday movies, filled with charming royals, then they will absolutely adore this movie.