Connell reminds Marianne, before they have sex, that they can stop at any time: “If you want me to stop or anything, we can obviously stop,” he says. “If it hurts or anything, we can stop. It won’t be awkward.” – this, although subtle, sentence, is revolutionary – consent can be given and taken away, at any point.

The sad truth is that many women, in fact, most women, feel pressured into saying yes to sex, and don’t feel comfortable stopping when they want to – through fear of being raped, and through the many experiences we’ve had of our wants and desires being put secondary to a mans. Normal People shows us how sex *should* be – centered on communication. They talk throughout, asking if something feels good, these verbal cues are not only making sure every act is consensual – but they’re also really f*cking sexy. Because this is something we don’t talk about enough – consent is sexy.
*spoilers, incoming: If you haven’t read Sally Rooney’s best-selling novel Normal People yet, then I don’t know what I can say to make you go and read it *right now* that hasn’t been said one hundred times before. Seriously, go and read it right this second. Then watch the new 12-part series adaptation from BBC3, that came out on Sunday, straight after. See you in two days, back here.

There’s a lot of sex in Normal People. The book is peppered with it, and the BBC’s adaptation is faithful to the scenes – but, there’s something about seeing this kind of, well, normal sex between normal people on the TV that feels shockingly bold. Marianne (played by Daisy Edgar-Jones) loses her virginity to Connell (played by Paul Mescal) in a wonderfully ordinary way – they giggle, her bra gets stuck, they use a condom. But, it’s the way consent is portrayed that has got fans singing the show’s praises – one viewer tweeted “Normal People portrayed the importance of consent really well. You can say no or stop at any point. Safe, consensual & communicative sex is so important. (Ps. This show has turned me into an emotional wreck).”

I’ve not seen sex like this on TV before. There’s no glossy filter. It’s not sanitised. They have a cup of tea before.

The scene lasts a whole twelve minutes, and you feel like you’re experiencing it in real-time. It’s how losing your virginity should be, but sadly for many women, isn’t. There’s mutual respect, which is what makes their relationship so powerful.

I’ve not seen sex like this on TV before. There’s no glossy filter. It’s not sanitised. They have a cup of tea before. They have some awkward small talk. They fumble, and laugh, and talk. It’s not fireworks, a bra perfectly falling off, a bottle of champagne open. But just because it isn’t ‘Hollywood’ romantic doesn’t mean it isn’t romantic.

As the series continues, as does their sex life – a perfect illustration of how growing up, and finding yourself, means your tastes change. Marianne, around the age of 21, develops an interest in BDSM. The physicality of their sex changes, but the dialogue never does – it is always judgment-free, and sensitive. Every sex scene in Normal People was guided by an “intimacy coordinator”, Ita O’Brien, to make sure the actors were comfortable – that level of care, on set, shows on screen. O’Brien told The Guardian “It was crucial for me to honour Sally’s writing. There is nothing gratuitous. But there is also a lot of sex.”

The book and TV adaptation are so popular because of how they make people feel seen – it’s rare to consume media that feels relatable. There’s magic in the mundane, and *so* much power in sex being portrayed in a way that we recognise. So, when lockdown is over, go forth take this big lesson into your sex life: consent is sexy. 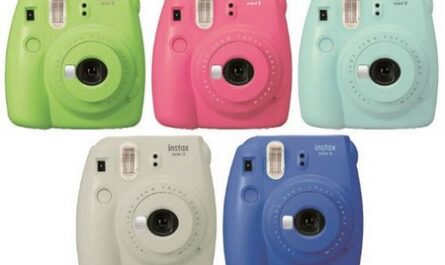 How to with your partner and not drive each other mad