Shoes with a hairpin, work in the office and fitness classes – this is enough to make your back ache. Even if you differ in the excellent health of a Siberian, you must have come across one symptom that does not spare anyone: pain in the back.

It is believed that this is one of the most frequent complaints of admission to a doctor, and more than 60% of people over thirty have regular pain. Starting with small, such a pain can make life unbearable.

Why in the back something pulls, whines or tunic and what to do with it, learned correspondent SHE.

Love of heels can cause back pain, it’s known. “The center of gravity shifts forward so much that the muscles are forced to make considerable efforts to keep the body in a vertical position. There is a so-called fall forward. Especially loaded calf muscles and muscles of the lower back, in which there is pain, “- explains the neurologist, manual therapist ZCZ” Zdravitsa “Sergei Pyankov.

By the way, ballet shoes are also not very useful: almost 60% of women today have dysplasia of connective tissue and its consequence is flatfoot, when the weight of the body is distributed incorrectly, and without a small heel or special orthopedic insoles there will be pains in the legs and lower back. 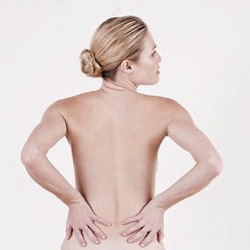 What to do? Hairpins doctors can not cancel, but advised to wear them a little and rarely, take off and do foot massage. And in general, the physiological structure of the foot and the musculoskeletal system corresponds to shoes with a heel of about 5-7 cm, the higher the height of a woman, the higher the heel height it can afford, the doctor adds. He also warns: if you have worn heels for many years, then after a sharp transition to a “healthy level”, even an exacerbation of osteochondrosis may occur, therefore gradualness is important here.

Back pain can also be caused by internal problems, most often with regard to gynecology. “Often these are the symptoms of a chronic inflammatory process in the uterus and appendages – when the nervous ganglia are involved in the process and pain is given back. Another pain can be if the uterus is not turned forward, but toward the back wall of the pelvis and there is a pathological process, endometriosis or a growing myoma, “says Elena Loginova, a gynecologist at the Avicenna Clinic. An important criterion is the cyclicity of pain. It intensifies before or during menstruation, as the tissues swell during this period.

As the gynecologist has warned, in a healthy woman, the waist before the menstrual period should not whine and pull – it is a signal that there is some disorder. 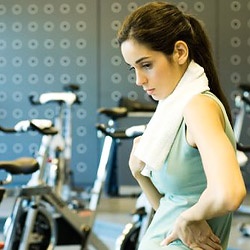 What to do? A gynecologist recommends that everyone keep a menstrual calendar: many violations are accompanied by a cycle failure, and you need to follow it. And also every year to take tests, because most chronic inflammations are the result of an untreated infection.

One of the most obvious causes of back pain is her injuries due to inadequate loads and heavy lifting. One could recall the professional movers and rejoice at their share. But it was not there. As the head of the traumatology department of the Road Clinical Hospital Evgeniy Beregovo told, women with intervertebral hernias and other injuries due to inadequate workload in his department are not uncommon. As the doctor explained, the muscles in response to the load always try to return the spine to the previous position, and if the load is inadequate and the lifting, for example, of the severity occurs abruptly, the muscles and ligaments are suddenly overexerted and may not survive. In the unfavorable development of events from the side where the load was, the intervertebral capsule is infringed and a hernia is formed.

What to do? The biggest mistake women make and the usual cause of injuries is the habit of lifting weights by bending over. You can not do this: you always have to sit down and only then raise your burden. And you have to do it with both hands. By the way, 5 kilograms for women is already considered a load, and doctors do not approve of carrying heavy bags. If it so happened that a man in a food campaign does not help you, it’s better not to be lazy and go to the store twice.

Excessive stress is no less harmful than its absence, doctors warn, referring to those who work in a warm office in an embrace with a chair. The pain of those who sit at the computer is first of all muscular pain, says Alexander Shvetsov, the head of the first neurological CKD. The fact is that when you sit for a long time, many back muscles are not involved, and at that time, their functions are taken by neighboring ones. Working for themselves and “for that guy,” they do double work, overload, get tired and quickly burn out.

“It’s like running a runner with a bag of potatoes. His overloaded muscles will ache, “the neurologist cites as an example, recalling that the muscles of the neck and lower back tend to suffer from sedentary work.

If the process is not controlled, the vertebral column is involved: the ligamentous apparatus sags, the spine loses support, the vertebrae begin to move slightly and eventually wear out, as under a heavy load. 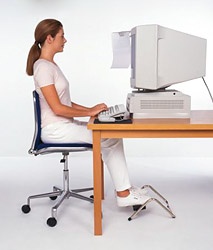 What to do? The doctor’s advice in this case: do not sit in one place for more than an hour. And in any case, do not allow the appearance of numbness, burning or swelling in the back. It is necessary to get up, warm up and do self-massage. And, of course, engage in a feasible exercise or fitness. Especially useful in this case is swimming.

Incorrect workloads in the gym are also added to traumatology patients. As the senior trainer of club Extreme fitness Cyril Ignatiev has told, often people come into the hall, having no preparation, but they want to quickly develop strength and get the result, grab for simulators, free weights and get injured. So, performed without supervision, all exercises are dangerous, where there is a vertical load on the lower back, if doing them, for example, with a rounded back. In women, a common mistake is the incorrect execution of hyperextension (exercise with a load on the lower back): the girls are more flexible than men, and quite often, instead of working with the muscles of the back when lifting the body, they bend excessively and get pinched discs.

However, you can get trouble in group classes. Yevgeny Beregovoi says: most often you have to deal with knee joint trauma after training with jumps, dances and especially on step-platforms. Therefore, a competent instructor in a hall or in a group is a guarantee not only of the pleasure you get from the occupation, but also of your health.

What to do? You can also strengthen your back at home. As Kirill Ignatiev said, the exercise “boat” (when lying on the stomach, legs are raised with the hands) is very useful and effective: you can perform it at home in 4 sets of 12 repetitions and only then move on to more complex occupations in the hall. With back pain, yoga and pilates are often recommended: there are a lot of stretch marks in them. This is useful, but here, strictly speaking, the supervision of the instructor is almost more important than when pulling the rods. “Yoga is a health complex designed for an oriental person who has been doing this all his life, many people come to us after 30 years, when the ability to stretch is partially lost,” – Yevgeny Beregovoi warns that in stretch marks, deflections and poses of the lotus, one can not rush developments. 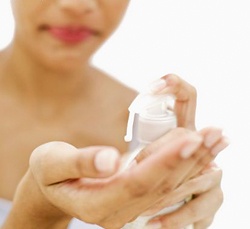 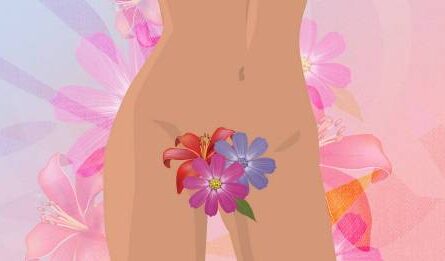