On June 24, Facebook user and beauty enthusiast Gail Sherman posted a public photo with the caption, “Well check out my brush dryer lol made with a pool noodle.”

And, lo and behold, that appears to be exactly what’s going on: At least 15 vertical slits have been cut into a lime-green pool noodle, and each slit holds an upside-down, just-cleaned makeup brush.

The noodle has also been sliced horizontally part of the way through, allowing it to stay on the edge of the counter. (It’s unclear if Sherman used a hollow or solid pool noodle, but I’m guessing solid ones would have a better grip.)

With summer in full swing, it’s only a matter of time before you encounter a pool noodle – you know, one of those long, floppy foam cylinders that people use to more easily stay afloat while swimming or lounging in the water. If you plan on buying one this season, you may want to pick up a multipack because you’re going to want to use one in your beauty routine after you see the brilliant makeup brush drying hack that’s going viral. 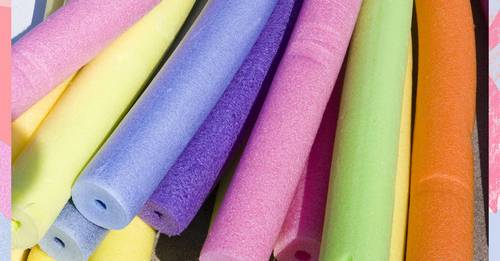 Since Monday, the photo has been shared on Facebook more than 13,000 times, garnering more than 7,000 comments and nearly 3,000 reactions from fellow makeup fans who love the easy and affordable DIY idea – and that’s not even counting the steam it’s been picking up on Reddit’s MakeupAddiction board in the last couple of days. “That’s awesome!! Great idea!” one widely echoed Facebook comment reads. “Definitely trying this and imma set it up in the wash room! ??,” said another commenter – one of many who promised to give the clever hack a shot. Redditors are impressed with the idea, too, with one saying, “This girl living in 3019.”

This is just the latest ingenious brush-drying hack we’ve seen go viral. In 2017, a Redditor recommended using elastic hair ties to secure makeup brushes to a vertical bar (like a metal rung on a coffee table or chair) over an electric fan. Considering experts advise against letting your brushes dry flat against a towel, it sounds like both of these ideas are a great way to maintain bristle shape.

Sherman tells commenters that she picked up her pool noodle for $1 at the local dollar store, but just in case there was a run on pool noodles in your town, you can get them on Amazon, too. This two-pack is perfect for anyone who wants to use one as a wet makeup brush holder and one as, well, a pool noodle. 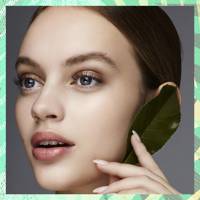