When a studio has paid out huge money to make a property into a film or a franchise, they tried to find every single avenue they can to milk it to death. There’s merchandising, international licenses, planning sequels, making a tv series and most importantly, seeing if they can make a toy out of it. And for those of us that grew up in that time, we all know that the best way to sell a toy to kids in the 80’s and 90’s was with a cartoon.

For some ideas, it was a slam dunk (Transformers, Thundercats, TMNT, etc…), but for some of the other ‘mature’ movies out there, it just didn’t really fly the way they expected it to. I mean, why make a cartoon about Rambo, if he doesn’t have PTSD and take down people in a hail of bullets. Especially when this was a kid’s first introduction to the guy. And yet, some of them had kickass toys that sold like crazy.

It did make me want some Rambo toys though. They were pretty sick. 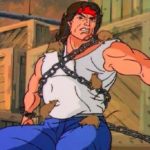 Rambo: The Force of Freedom

Saturday mornings were all about watching a show that involved a mentally unstable Vietnam vet, lead a team of heroes against global threats. Running 65 episodes in 1986, the cartoon was based off of First Blood. It had the usual 80’s themes of good vs. bad, no blood or violence, and hyper-masculine ethic stereotypes.

It wasn’t anything like the original film at all. 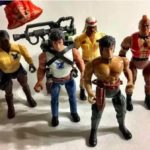 The toys were pretty sweet though. 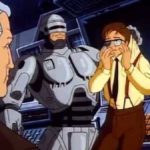 This show ran in 1988, just one year after Paul Verhoeven’s original film. The cartoon made the run-down Old Detroit more technologically advanced and replaced RoboCop’s bullets with a laser gun. They also gave him a red light in his visor like K.I.T.T in Knight Rider.

Overall, it was a decent show, but without the violence, drugs and corporate corruption, it didn’t live up to the spirit of the original idea. 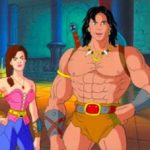 I’ll admit, this was my first introduction to Conan. In it, he was a moral and wise hero in the vein of He-Man, and led a merry team of warriors. It was a shock when I finally saw the version with Arnie, with all the rape, bloody violence and women lamenting. First airing in 1992, it ran for 65 episodes and told the story of Conan and his family and his quest for revenge against the snake worshippers. 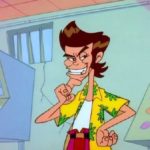 I can understand why they’d make this into an animated series for kids, as Jim Carrey is practically a cartoon, but it wasn’t the same. Sure, he was solving missing pet cases, getting into crazy shenanigans and being a general pest, but gone was the sexual innuendo and the dirty jokes.

Those were the best part. But then again, it was on air for 3 years, so I guess people loved it. 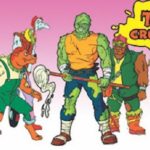 If you know anything about the studio Troma, then you know that they made some seriously low budget, low brow and insane films. Those were definitely not for kids. Even the The Toxic Avenger, which was their most well-known film at the time, wasn’t family friendly. Like, at all.

This 1991 cartoon had our hero, Toxie, lead a team of mutants trying to combat pollution. In a cartoon world where the Teenage Mutant Ninja Turtles, Captain Planet, The Smoggies & Swamp Thing, were trying to do the same thing, this team wasn’t the most family friendly. 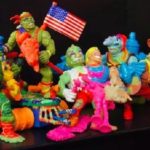 Though, I will admit that these toys are catching my eye. They’re so twisted that I want them. 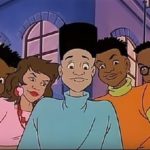 Does anyone else not really remember these guys? I mean, they had the movie House Party and some albums, but they didn’t really make much of an impact. Especially since the show stayed away from the “teens trying to lose their virginity” theme of the films, and made it a cartoon about demonstrating positive role models, teaching children how to get along with each other and to stay out of trouble.

It only lasted a season. 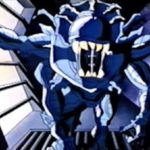 In a typical move for toy companies, Kenner decided they wanted to make tie-in toys for Ridley Scott’s Alien. When the movie came out, however, they realized that it wasn’t suitable for minors. They tried the same thing for Aliens; no go. When it came time for the third instalment, they decided to work with 20th Century Fox to make a cartoon, but it never actually made it to air, despite a few episodes being produced.

Personally, I think this show would have killed it, and sold a shit-ton of toys. 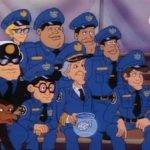 This film franchise was both loved and hated. Personally, I loved the first few, as they were actually filmed behind my house in Toronto. While the films were far more adult than I remember from my childhood, the cartoon was dowright child-friendly and played for laughs. But you know what, I still loved ’em.

You still had the spirit of the characters; Mahoney flaunted authority, Tackleberry loved weapons and Jones did all the funny voices. What was missing, however, was Callahan and those tight T-shirts. Man, she was 80’s hot. 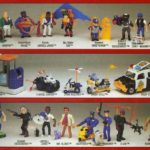 I’m not gonna lie, the best part of the show were the toys. I had some of these, and they were some highly sought after playground currency at my elementary school. 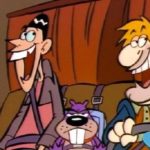 Dumb and Dumber: The Animated Series

Let be honest here, for a second; if a film has been directed by the Farelly brothers, chances are, it’s not even remotely for kids. But, given that this movie was about two idiots and their misadventures, you can see why someone thought it’d be a great idea.

On top of the animated versions of Harry and Lloyd, they also added a beaver named Kitty. The show debuted in 1995 and only lasted 13 episodes. 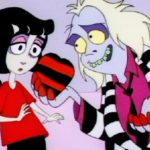 It’s been almost a quarter of a century since this has been on, and I still remember the theme song. Of all the ones on this list, I think that this cartoon actually works as an adaptation of the film, and it captures the surreal nature of Tim Burton’s masterpiece. Plus, it was on after school and entertained the shit out of me.

But you mustn’t forget that he was also a perverted poltergeist who tried to convince a 14-year-old girl to marry him in the movie. So there’s that. 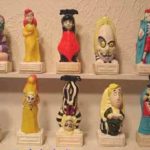 The show was even Happy Meal friendly. 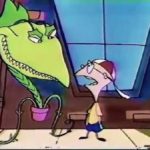 Back in the 1960’s, Roger Corman produced a B-horror movie with Jack Nicholson about a carnivorous plant. It was then turned into a stage musical, then became a musical-horror film with Rick Moranis and Steve Martin.

In 1991, it was revived as a kid show, with a young guy named Seymour and his 200-year old Venus Flytrap named Junior. Junior could sing, rap and hypnotize and each episode had a musical number that solved the conflict and a moral lesson. It was cancelled after 12 episodes. 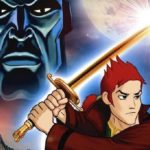 While you’d think that the noble ideas from the Highlander franchise would make a great kids tv show, it really doesn’t when you have to skip out on the best part; the beheadings. This cartoon had a descendant of Connor Macleod named Quentin, as he tried to defeat a warlord in a post-apocalyptic earth. Oh, and he had to do it non-violently with laser guns and barely any swordplay. 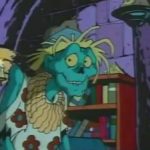 Tales from the Cryptkeeper

This kids show was a spin off of HBO’s Tales from the Crypt, without all the horror, blood and gratuitous boobies. Hosted by a more comedic Cryptkeeper, the show aired for two seasons in 1993, was cancelled, then revived in 1999 for one more go-around. 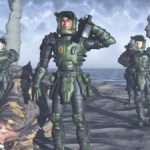 Based off of Paul Verhoeven’s 1997 film, this animated show was missing all the violence, political subtext and co-ed showers.

Released in 1999, 40 CGI-ed episodes were released with the Roughnecks fighting the alien bugs, but due to production issues, the show was forced to go on hiatus, and was cancelled. Sorry Rico. 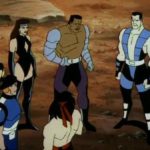 Mortal Kombat: Defenders of the Realm

This animated show is sort of a hybrid of the video game and the movie. Picking up after the 1995 film ended, the show had Raiden and his team fly dragon shaped jets through portals to defend the Earthrealm from the Outworld. There was barely any fighting, the animation wasn’t very good, and the plots were so basic and laughable, that the show was cancelled after 13 episodes. 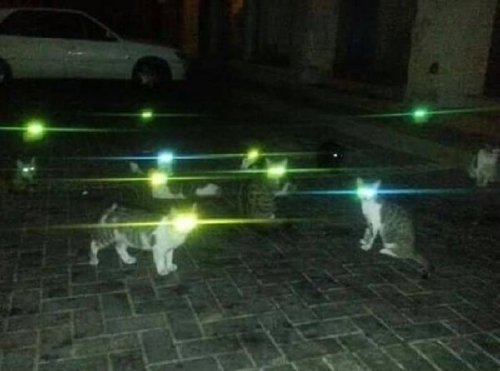 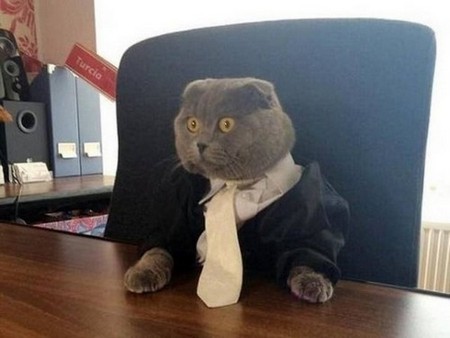 Who run the world? ANIMALS 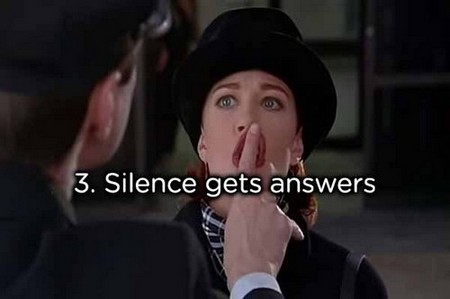