Yep, the Duke and Duchess of Sussex – and arguably the world’s favorite royal couple –  announced their resignation from public royal life, with a pledge to become financially independent. 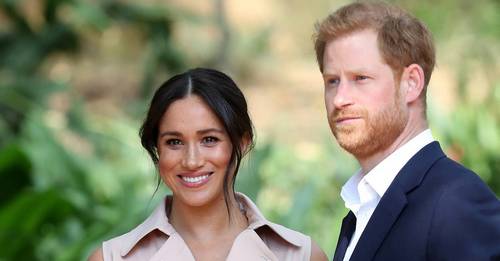 Just when you thought 2020 had started quietly on the entertainment front and even the Golden Globes were a bit, well, meh (Ricky G, even you knew you went too far with Dame Judi Dench), along come Prince Harry and Meghan Markle with an announcement so seismic even the Queen was blindsided.

While they unveiled a new website detailing exactly what money they are giving up from Her Maj and how they want to communicate with their fans/audience/supporters from now on (translation: no more tabloid newspapers, but oodles of Insta), as well as their commitment to further their global charity work, their nailed-down plan was met with a “not so fast” from Buckingham Palace, who issued its own statement within an hour.

So what now? As the news continues to reverberate across the world, some British royal experts reported on the anger felt by other members of the royal family, who had no idea what was coming. While fans of the couple defended the move in an endless (and hilarious) social media stream.

A fair bit of anger starting to emerge about Harry & Meghan statement-the contents of which were not known in advance by other members of the Royal Family.
The Sussexes ‘idea’ about the future had only been known for a matter of days-kinda explains the Buckingham Palace statement

True to recent form, it appears that Harry and Meghan have embarked on a course of action that just isn’t supported by the monarchy – or at least not yet. And the great unknown, as indicated by the statement from Buckingham Palace, is quite how Harry and Meghan’s outline for their future tallies with the wishes of the queen.

Their move, of course, throws up SO. MANY. QUESTIONS – a great number of which we answer right here. But as a Harry and Meghan superfan (yeah, and?), I’ve taken it upon myself to attempt to answer the many other burning H&M questions that came tumbling out in the immediate aftermath. Here goes:

1. Does this mean Meghan can do SmartWater #sponcon?

Well, technically, probably yes. They have committed to extricating themselves from the shackles and limitations of being “senior royals” – thus giving up the sovereign grant that pays them around £2.5 million a year – meaning Meghan and Harry should be able to undertake work like any other civilian/Instagram influencer with more than 10 million followers. Harry’s first cousins princesses Eugenie and Beatrice have both held down jobs – in an art gallery and at a technology firm, respectively – while also retaining their royal titles. And Zara Tindall, another of Harry’s first cousins who actually doesn’t have a royal title, is not just a celebrated athlete but also a paid ambassador for global brands including Range Rover motors and iCandy strollers. As bona fide influencers in a digital age, don’t be surprised if H&M pop up as ambassadors for brands that align with their own goals. But lucrative speaking engagements might just be their first (slightly less controversial) port of call.

2. How does Kate really feel about it?

Sadly, we don’t have a hotline to our queen-in-waiting. Current media speculation has William and Kate as blindsided as Queen Elizabeth. While Harry alluded to some tensions between himself and William in a recently televised interview with TV presenter Tom Bradby, the issues were believed to have been mostly between the brothers. Kate also reportedly expressed her wish that her children and their cousin, Archie, could spend more time together, so it’s unlikely she’ll be celebrating H&M’s upcoming decampment abroad.

“Granny’s no longer paying for us, but dad’s still giving me an allowance.” Plus, oh, that inheritance in the bank. Oh and Meghan’s fortune from her time on Suits. #prayforthesussexes

4. What are people saying about this? Do they actually care at all?

Yes, we do! More than is rationally normal, especially for a family we do not know and who, as is made more than regularly clear to us, don’t really want us to know anything about them either. Mainly, millennials and Gen-Zers support their decision. Frankly, wouldn’t we all want the profile and the Instagram followers, without having to censor our thoughts and tailor our lifestyles to the whims of a bunch of pale, stale, and male royal officials? We’ve seen how Meghan and Harry have tried to modernise their roles to ones that reflect the lives and habits of their peers – and they’ve been faced with nonstop offensive, sexist, and racist criticism. But some Brits with a more traditional take don’t like the fact that Harry and Meghan have deserted their queen and want to live life on their terms. They believe that the couple have a duty to share their lives and family in return for their lifestyle. I say, go your own way.

Good question, but sadly unlikely. However, since Harry and Meghan have actually patented the Sussex brand for a news publication or website as well as even T-shirts and merchandise, expect sussexroyal.com to become more editorialised. The Tig 2.0, if you will.

6. Who gets Sussex? Do they keep Sussex? Did she legally change her name?

As Buckingham Palace have suggested in their statement, all of these details are still to be worked out. We, however, have a different suggestion. Harry Markle has got quite a ring to it, don’tcha think?

Schools Ending the Academic Year Early Because It Teaches “When It’s Hard, Give Up”

Love Is Blind Is the Latest Twist on Dating Shows

Here’s where you can get 100s of audiobooks for free