With so many up-and-coming young actors and actresses, there was a whole new sense of anticipation. Whether verbalised or not, the sense was less about ‘let’s see how accurately we can predict X’s Oscars look this year’, and more about ‘how will X, Y and Z translate their well-known social media aesthetic into a red carpet look?’.

When it comes to awards season, there are always a handful of names that fashion fans particularly look forward to seeing. And while the last decade or so has seen the same names appear and reappear in the next day’s headlines and best dressed lists – think Nicole Kidman, Jennifer Lawrence, Julia Roberts, Keira Knightley and Julianne Moore – this year there was a change in the air.

Turns out they all do it pretty well.

Nu-Gen Hollywood is thriving right now, and whether it’s the emerging teenage likes of Yara Shahidi and GLAMOUR’s April digital cover star Kiernan Shipka, or Jodie Comer and Laura Harrier who are already fast-becoming household names, there’s a whole load of new talent to be excited about. 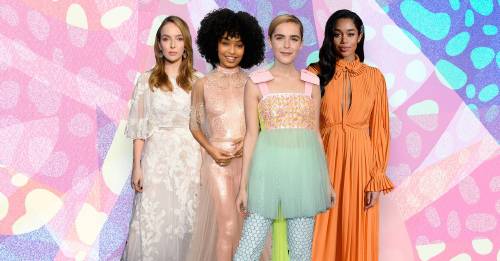 And for those of us with more of an interest in a movie’s wardrobe than we have its plotline, that means there’s a whole new case of red carpet #lewks to analyse and drool over.

Duckie Thot on diversity in beauty, her favourite mascara

The incredibly inspiring influencers who prove style has no age limit