Just four days after eliminating carbohydrates, a sportman’s running distance is reduced by 15 percent and their strength by up to seven percent, a study found.

Although it is unclear exactly why this occurs, keto diets are thought to affect people’s anaerobic energy, according to the researchers.

Study author Dr Edward Weiss, from Saint Louis University, said: ‘This diet is especially hot among people who are trying to optimise their health.

‘What this study tells me is that athletes should be advised to avoid these diets.’

The Keto diet, which is favored by the likes of Halle Berry, forces the body to burn fat, rather than carbohydrates, for energy, which effectively starves it of carbs but not calories. 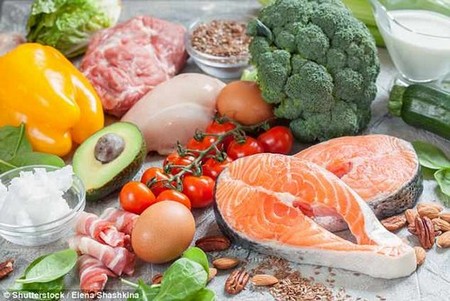 WHAT IS THE KETO DIET?

The Ketogenic diet defines a low-carb, high-fat way of eating.

Following this eating plan forces the body into a metabolic state, known as ketosis, which starves the body of carbohydrates but not calories.

Carbs are shunned in the keto diet as they cause the body to produce glucose, which is used as energy over fat.

Keto diets therefore lead to weight loss as they make the body burn fat as its primary energy source.

On the diet, followers can eat:

Dr Weiss said: ‘You might say that this doesn’t relate to me. But for someone with low fitness, they use this same metabolism to get up the stairs.

‘Everyday people use this kind of metabolism without realising it.’

Yet, certain individuals may benefit, with Dr Weiss adding: ‘Patients who have epilepsy benefit from this diet.

‘For those with abnormal cell metabolism that causes seizures, causing cells to feed on ketones instead can be helpful.

‘A lot of smoke and mirrors’

Speaking of the keto diet in general, Dr Weiss said: ‘Right now in the general public, it’s touted for weight loss. Some studies have shown it is effective.

‘I worry, though, that this may be a lot of smoke and mirrors.

‘A typical diet is 60 percent carbohydrate. So, if you limit carbs, you might find yourself just not eating that much.

‘If you eliminate most food options, you may just be losing weight because you are cutting calories.’

The researchers analysed 16 adults who underwent exercise training after four days of following a keto or high-carb diet.

Cycling and high-intensity interval training was included in the exercise regimen.

The findings were published in The Journal of Sports Medicine and Physical Fitness. 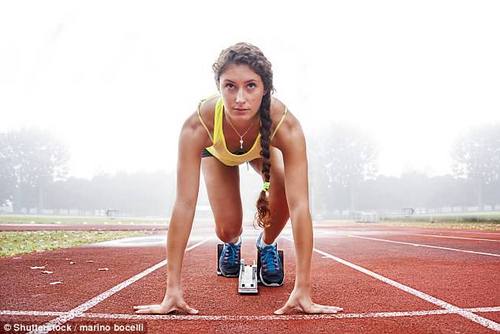 WHAT CELEBRITIES ARE FANS OF THE KETO DIET?

Actress Halle Berry, who has type 1 diabetes, also credits the keto diet for making her be ‘constantly on fat-burning mode’ without having to deprive herself of butter.

In 2013 Gwyneth Paltrow famously announced she does not feed her children bread, rice or pasta, which was backed by food journalist Joanna Blythman, who said humans do not require carbohydrates.

Following low-carb, high-fat eating plans could prevent age-related conditions, such as heart disease, Alzheimer’s and even cancer, according to researchers.

During carbohydrate ‘starvation’, the body releases a chemical, known as β-hydroxybutyrate (βOHB), which protects cells from ‘internal stress’, a study found.

Such stress is linked to genetic damage in cells, which can cause ageing, the research adds.

Study author Dr Katerina Akassoglou, from the Gladstone Institute for Virology and Immunology, San Francisco, said: ‘The findings could be relevant for a wide range of neurological conditions, such as Alzheimer’s, Parkinson’s, autism and traumatic brain injury.

‘These diseases afflict millions and there are few treatment options.’