Basically, on the 22nd April, 1970, millions of people in the US hit the streets to protest the environmental impact of industrial development. Smog and pollution were serious problems and people demanded change.

In July that year, President Nixon’s government created the Environmental Protection Agency and put into law things like the Clean Water Act and the Endangered Species Act, among others.

You’ve probably heard of Earth Day by now. Pop it in the diary on the 22nd April – it’s an important one. But just in case you don’t know exactly what it is, let us fill you in.

Earth Day is now a global event on that date every year, when we get together to demand action on environmental damage. More than a billion people in 192 countries take part in the action each year, so it’s huge. People march, write to their leaders, sign petitions, plant trees and clean up their roads. It’s all pretty great. 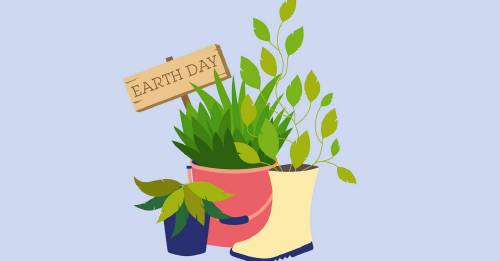 The theme for Earth Day this year is “Protect Our Species”. It’s a massive callout to take action on reversing some of the harm the human race has done to animals and their habitat. Right now, the world is facing the greatest rate of extinction since the dinosaurs died out more than 60 millions years ago – which is pretty astonishing. The only difference is, this time around, it’s humans who are to blame. We didn’t kill the dinosaurs (they were a little before our time), but we are responsible for countless deaths in the animal kingdom. We’ve done immense damage through climate change, deforestation, habitat loss, poaching and trafficking.

The thing is, we can still work together to protect and save endangered species – like bees, elephants, whales, giraffes, insects and coral reefs. Some of our declining and threatened species can still be saved, if we work at it now.

So that’s what this Earth Day is all about: asking people to join the campaign to protect our species. The Earth Day Network wants to raise awareness of the extinction and endangerment rates, educate people about the consequences of our actions, get major policy change, encourage people to change their personal habits and start a global movement.

To start, you can sign up here to get updates on the campaign and find out how you can take action. You can donate here. 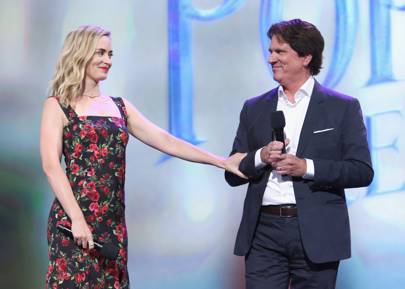 Serena Williams opens up about starting therapy after losing the 2018 U.S. Open