When the interviewer told Kim he noticed she has been more covered up lately, she admitted, “I think I have a little bit.” She then said it’s likely due to her husband Kanye West, who frequently speaks up about his disapproval of her sexy attire. “I don’t know if it’s the fact that my husband has voiced that sometimes too sexy is just overkill and he’s not comfortable with that,” Kim continued. “I listen to him and understand him. Still, at the end of the day, he always gives me the freedom to be and do what I want.”

It’s fair to say that Kim Kardashian was the ultimate sex symbol of the past decade, but that very well might be changing come 2020. In a new interview with The Cut, Kim said that being known for her famous figure has become “complicated” and she is far less interested in dressing sexy than she once was.

Her husband’s influence aside, Kim is also thinking of her four young children, North, Saint, Chicago, and Psalm. “I have kind of had this awakening myself,” she said. “I realized I could not even scroll through Instagram in front of my kids without full nudity coming up on my feed pretty much all the time. And I definitely contributed to that.”

The mogul also says that her recent political involvement has caused her to rethink her public perception. The 39-year-old revealed earlier this year that she’s studying to become a lawyer, so she can enact real change when it comes to prison reform.

“I also did think, like, ‘Okay, I’m here in the White House on behalf of Alice Marie Johnson, a then-63-year-old grandmother who was serving a life sentence without parole for a first-time nonviolent drug offense.’ And then the next day I was posting, like, a crazy bikini selfie. And I was thinking, ‘I hope they don’t see this. I have to go back there next week.’”

“I think I’m evolving to where I don’t feel the need to want to keep up. Not that I did it to feel like I had to keep up, but I guess I just don’t care as much anymore to want to take tons of photos in a thong bikini,” Kim continued. “I don’t care to take the time out of my day on vacation like I used to, where I’d pull up to the house and I’d see, ‘This is a setup, this is an Instagram pic. Now this is a different setup. Oh, this place has so many different setups. This is going to be amazing.’ And now I’m just like, “Let’s actually live in real time and enjoy it. If we happen to get a photo, great.’”

At the end of the day, Kim is a mother of four children and approaching her forties, so it’s understandable that her priorities might shift. Even though she’s the reigning queen of Instagram – and once promised “nude selfies till I die” – Kim recently admitted that she’s less interested in living life just for her feed. Earlier this month, she voiced her support for Instagram’s plan to abolish “likes”.

And there you have it. It appears to be the end of an ear for Kim Kardashian dressing sexy. 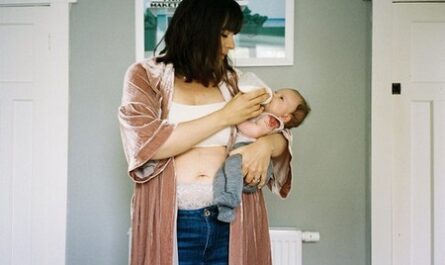