Is it just us or are we being overwhelmed by good telly news at the moment? Netflix, in particular, has been renewing all of our favourite shows, from Emily in Paris to The Witcher.

Once you’ve binge-watched the third season of You (we won’t pretend you haven’t already inhaled Sex Education‘s latest series), you can start looking forward to My Unorthodox Life, which has just been renewed for a second season! We really are being spoilt.

Here’s everything we know so far about My Unorthodox Life season 2:

What will My Unorthodox Life season 2 about?

My Unorthodox Life follows Julia Haart, the CEO of Elite World Group, her husband Silvio Scaglia Haart, and her four children-Batsheva, Shlomo, Miriam, and Aron- as they adjust to life after leaving an ultra-orthodox branch of the Jewish faith in Monsey, New York. 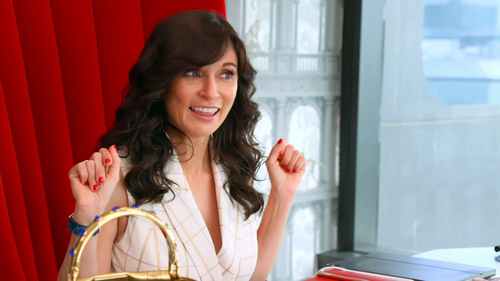 While Julia spends most of her time in Manhattan, she still frequently returns to Monsey to see her youngest son Aron, who lives with his father, Julia’s first husband. Netflix released a clip of one of their exchanges, which shows Julia expressing her concerns about ultra-orthodox Judaism.

In an interview with Variety, Julia clarified that her “only issue is with fundamentalism.” She explained, “I want to make it clear: I love being a Jew. This has nothing to do with Judaism and this has nothing with religion. I have learned very many beautiful things from my community and my religion, and I think that all religion is beautiful. I just don’t think it’s beautiful when you say men are better and women are worse.”

According to Netflix, season 2 of My Unorthodox Life will feature “more fashion, family, female empowerment, faith, fabulousness, and of course, Haart.” Sounds good to us.

Who will star in My Unorthodox Life season 2?

As far as we know, we can expect to see all the familiar faces from season 1. In fact, here’s a cute snap of the cast posing in front of one of their billboards!

When will My Unorthodox Life season 2 be released?

We don’t have an official release date just yet, however you can stream season 1 of My Unorthodox Life on Netflix.

Is there a trailer for My Unorthodox Life season 2?

Not yet! You’ll know as soon as we do.