But, isn’t it up to Meghan how she plays things? Surely as feminists we should support mums to tell their story in whatever way they want. What if Meghan wants to preserve her dignity in the public eye and recover privately at home?

The letter continues, “Meghan will literally be stepping out as the most famous new mom in the world – and we wanted to encourage her to use that stage as an opportunity to prepare women for what to really expect in the hours and days immediately after birth.”

Whether new motherhood means having her hair and makeup done for a photo opportunity (which as a side note may simply be expected of her for official protocol) or not, the point is, this is Meghan’s journey, not ours. With mum-shaming a very real issue, I don’t think it’s fair to place any expectations on her. Just because Meghan’s now a Royal, that doesn’t mean she has to suddenly become a poster girl for busting motherhood myths.

With Meghan Markle and Prince Harry’s little one due imminently, we can’t move for speculation about how the Duke and Duchess of Sussex should raise their baby. 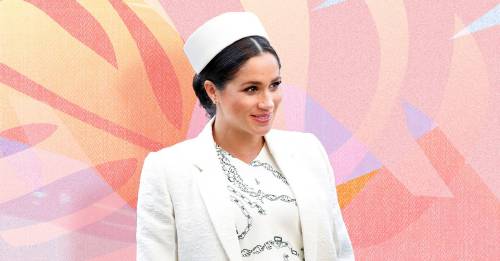 Now Chelsea Hirschhorn, CEO of parenting product company Fridababy, has waded into the debate. Writing Meghan an open letter taken out as an ad in The New York Times, Chelsea has urged her to boycott that famous post-birth Royal picture in favour of embracing real and raw motherhood.

The piece, which is entitled ‘An Open Letter to the Royal Mom-To-Be’ reads, “sure your blowout will be perfect for your hospital step photo-op, but people will be opining on all the wrong things- like how soon you will fit into your pre-baby wardrobe– instead of having an honest conversation about what women go through during birth or immediately thereafter.”

I’ll be real here – neither of my births were pretty and I felt quite hideous afterwards. There were tears about my post-partum body and I was absolutely terrified to go to the loo. For that reason, I love it when celebs like Chrissy Teigen openly document the harsh realities of new motherhood on Instagram. Women instantly feel less isolated and it’s empowering to know others have similar struggles.

Chelsea also writes “sure, it’s possible to have a hair and makeup SWAT team come in and work their magic to conceal the realities of what just happened, but is that really what we want women focused on in those first few hours postpartum?” Before questioning, “why doesn’t she get rolled out in a wheelchair sitting on a throne of ice as the rest of us?”

OK so I struggled with breastfeeding, my sense of identity, episiotomy complications and the overall exhaustion. Plus, that first car journey from hospital to home may also have featured several maternity pads for cushioning. But the fact is, a photograph of my new mum face isn’t going to do the rounds globally for the next few decades, reminding me how awful I felt. And if it was, I’d have absolutely been asking for all the hair and makeup help available. In all honesty I’d want a decent amount of slap to protect how vulnerable I felt underneath.

The reaction to this letter being shared on social media has been mixed, with one Instagram user commenting “Actually, I kinda disagree, this is mom-shaming, we don’t know what she has to deal with in the royal family”, while others replied with thumbs up emojis or claiming it to be a brilliant PR move.

There’s no doubt Meghan is a refreshing Royal, and here at GLAMOUR HQ we will always applaud women for being honest. But, most importantly, we need to respect each other’s individual right to tell their story in whichever way they want. Because surely that’s what both feminism and motherhood are all about.