We might not be getting an Ariana Grande performance at the Grammys, but at least we have a brand-new music video to obsess over, right?

The 25-year-old pop star dropped her fifth studio album, Thank U, Next, at midnight on Thursday, as well as the video for the last of the album’s 12 songs, which also happens to be the track with the most hilarious title: “Break Up With Your Girlfriend, I’m Bored.”

The video sees Grande coming between The Sun Is Also a Star hunk Charles Melton and his girlfriend, played by Ariel Yasmine, who’s styled to look exactly like Grande (the ponytail, the oversize sweatshirt), when they first meet in a dimly lit club.

Meanwhile, Grande is rocking a bleach-blond wig and soon finds herself going all Single White Female on Melton’s GF in an attempt to steal him away. (Or maybe Grande wants to steal her all along? You need to watch until the very end to see what I mean. .. wink, wink.)

As for who inspired the song, Grande previously insisted to fans on Twitter that the tune isn’t aimed at any new guy in particular, since “all the boys in my life are gay (thank God).” Because of that, there aren’t nearly as many Easter eggs as in her videos for “7 Rings” and “Thank U, Next,” but Grande still puts on quite a show.

Watch it above, and then check out all the other songs on Thank U, Next now that it’s available to stream! 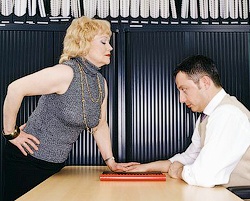 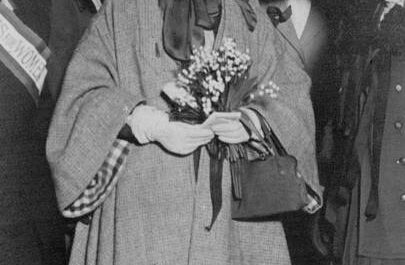 These 5 women changed YOUR life, but do you know them? 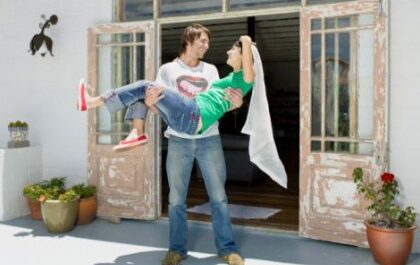 One thought on “Ariana Grande Stirs Up Drama, in the Sexy “Break Up With Your Girlfriend, I’m Bored””