Ariana Grande skipped out on attending the 2019 Grammys this year. But that didn’t keep her from rocking her custom gown meant for the occasion.

The singer, who won her first Grammy on Sunday evening, stayed home Sunday night following some drama with the show’s producer. Still, she managed to show off her red carpet look from afar, after posting photos of herself in her Zac Posen dress to social media.

“When Zac Posen makes u sic a custom gown it doesn’t matter if you’re singing or not,” Grande captioned the first of quite a few images of her glam look. 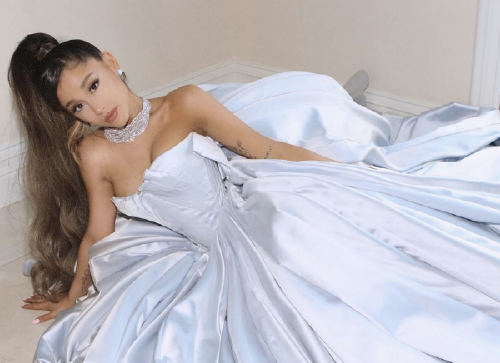 The 25-year-old didn’t attend the Grammys after publicly confronting producer Ken Ehrlich, who had told the Associated Press that Grande pulled out of performing because she didn’t have enough time to “pull something together.” The singer responded via Twitter to clarify why she wouldn’t be performing, and not attending altogether.

Still, the singer who was nominated for two awards is celebrating the one that she won for Best Pop Vocal Album for Sweetener.

i know i’m not there tonight (trust, i tried and still truly wished it had worked out tbh) and i know i said i try not to put too much weight into these things …. but fuck ……. ? this is wild and beautiful. thank you so much.

• Grammys 2019 red carpet arrivals: Cardi B, Lady Gaga and more
• Bebe Rexha has a message for designers who wouldn’t dress her: ‘You wish you would’ve dressed my fat a**’
• Grammys 2019: Miley Cyrus wears plunging black suit and the internet is obsessed