If that’s not enough, we just heard news of another incredible line-up in the forthcoming Netflix movie, Don’t Look Back, starring a heap of Hollywood A-listers including Leonardo DiCaprio, Meryl Streep, Jennifer Lawrence and Ariana Grande.
Ah, Netflix really is spoiling us ATM when it comes to films. We’ve got the latest adaptation of Daphne Du Maurier’s Rebecca, starring Lily James, landing on the streaming giant shortly, not to mention Robert Pattinson and Tom Hollander in The Devil All The Time. Oh, and there’s George Clooney’s The Midnight Sky, with Felicity Jones set to be released in December. They really are pulling it out the bag, filling the void of our closed-down cinemas.

According to Netflix, the story is about a pair of astronauts who embark on a media tour to warn mankind of an approaching asteroid that will destroy Earth. Adam McKay, the man behind Step Brothers, Anchorman and The Big Short will write and direct Don’t Look Up so we’re expecting some razor-sharp wit and humour.

The stellar line-up is one of the biggest we’ve seen since Ocean’s 11. Other cast members onboard so far include Cate Blanchett, Jonah Hill, Himesh Patel, Timothée Chalamet, Kid Cudi, Matthew Perry and Tomer Sisley. Excited? We did warn you. 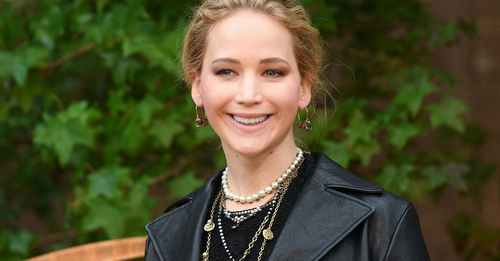 In an interview with Radio Times, director McKay said: “I’m so thrilled to make this movie with Jen Lawrence. She’s what folks in the 17th century used to call ‘a dynamite act’. And the fact that Netflix sees this movie as a worldwide comedy sets the bar high for me and my team in an exciting and motivating way.”

Sadly you’re going to have to be a bit patient for this one as filming hasn’t even begun due to Covid restrictions so we’re expecting a release for late 2021 or 2022. It’ll be SO worth it though.

Peak Perry: Katy wore THE most anti-social outfit to the Met Gala 2018