So far this week, she’s already shared her tips for trimming nose hair – she finds she gets powder on it when it’s too long – and made up a song about her current acne situation while applying a Caudalie mask. And on Friday, she continued being candid about her breakout while revealing a two-part hack that anyone with a zit can benefit from. 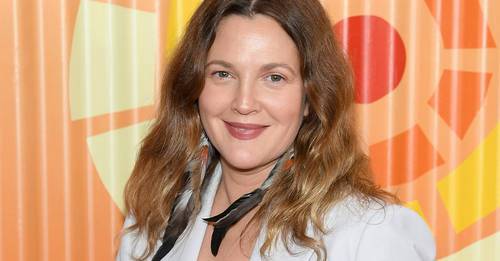 Every year, Drew Barrymore spends a week sharing her favourite beauty tricks, confessions, and products on Instagram, and we are here for it. The actor could easily use that time to sing the praises of her brand, Flower Beauty, but in addition to the occasional mention of her own products, she gives love to other brands and shares an uncensored look at how she handles beauty challenges.

“So, something I want to share with you guys that I totally learned last night: I have always heard about ice, ice, ice. So I got this huge zit, thank you, and then popped it – best ever – and then I put ice on it,” Barrymore says, referring to a spot near her lower lip. “And this morning, it’s better.”

Now, she’s not saying the pimple simply disappeared because of the ice, but it did make a noticeable difference compared to previous instances when she couldn’t resist popping. She says that although it’s “bright red and hideous and, like, scabbed over and not going to be easy to cover,” by icing it immediately after, she significantly reduced that post-pop swelling.

“I mean, this should have lasted another day, but by tomorrow, it’s going to be gone. Where, in reality, I would have woke up, there probably would have been more infection, and then I would have, like, dealt with that all day, and then I’d still be, like, kind of at square one. But tomorrow the scab’s gonna come off. It’s going to be flat,” Barrymore says.

She admits it will still be discoloured, but she’s prepared for that. “That Visine trick works, too,” Barrymore says. “Put the Visine on the redness, and I swear to God, it really lightens it up.”

We’re Very Sorry To Report That Thong Jeans Have Arrived

And she’s right: Board-certified dermatologist David Bank previously told Allure that while it’s intended for reducing redness in the eyes, “Visine also takes the red out of pimples,” making them look less obvious for a few hours by constricting blood vessels.

So with a bottle of Visine running about £8 and ice costing a grand total of £0, Drew Barrymore shared not only a brilliant beauty hack but a budget-friendly one too. 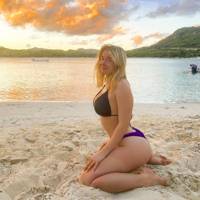 These women are making thousands selling nudes of themselves on OnlyFans

TV shows on Netflix to raise your self-isolation intelligence