I remember when I left primary school, and had a class photo taken. My mother told me to write everyone’s names on the back as “one day you will forget.” I thought this was ridiculous. I could never forget these people; they were my entire social ecosystem.

But she was right. Not even two years into secondary school, and I had naturally shed the majority of my primary school friends, retaining only a few and yes, now, were it not for the childish scrawl on the back, I wouldn’t know half the names.

The fact is, your friendships evolve over your lifetime. It isn’t as brutal a divorce as asking for your friendship bracelet back, no one did anything wrong; life just gets in the way.

It’s easier to accept these things as the natural passing of time when it involves the friendships of your childhood. Of course you are going to lose touch with many of these people, the same thing will also inevitably happen to some of the friends you made at secondary school, as university or a new career opens up and takes you in a different direction. 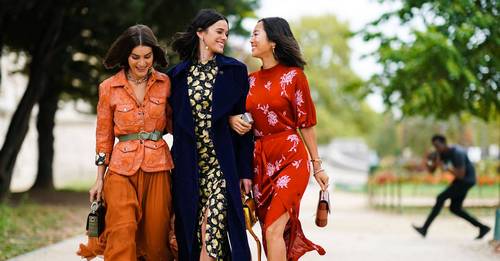 When you’re in the playground, you pinky-swear with your best friend that you will be best friends forever. You probably then felt the need to cement that bond with jewellery; perhaps two halves of a forever friends heart necklace, or colourfully-braided friendship bracelets.

Promising these things feels easy, because for both of you, the whole world extends from the school door to the end of the playground. Your social circle is limited to your fellow schoolmates, or perhaps the kids who live near you. Your interactions are often daily; often spending hours on the phone after school (landline probably) telling each other streams of wonderful nonsense, before hanging up and seeing each other the next morning.

It is harder to believe that friendships wane in your adult years, but they can- and do. These are the relationships that are often more painful to lose, because it’s often not as simple as geography, or moving from one school to the next; we often emotionally shed friends through our lifetimes too.

“This means that people have a number of family and friends who belong within three categories (closest, close and not so close),” she says, “These people travel with the person along their lifetime and these friends can move from one category to another or they can fall off totally and be replaced.”

Which friends survive, therefore, depends on – essentially- what we need from them at a specific time in our lives.

“Where people reside in the convoy depend on factors such as practical help, emotional support, proximity and quality of relationship,” says Tina, “So I guess it depends on what factors are important for the person at that time.”

This year has been a stress test for many friendships- who is in your bubble, who are your braving the new world with? I have naturally seen the individual strengths of certain friends- relentless positivity or practicality- draw me closer to them at this time of global panic, and others who may possess more negative characteristics I had perhaps not noticed previously, feeling less vital to me at this time.

Our values have also never been more closely examined than in 2020, as the Black Lives Matter movement gathers much-needed momentum and we look at the bleak economic disparity that Covid19 has unearthed.

“We may become influenced by people who we think we connect to, but with wisdom and maturity our values can evolve,” Tia explains, “So when our friends no longer fit or meet the same values as us, we need to shift to being in the company of others where we DO feel like we belong.”

Rowenna*, 27, a health-care worker from St Albans, says she distanced herself from a friend this year when she realised their values did not align.

“She had often made jokes that were a bit odd, but I just thought she had a weird sense of humour,” she explains, “But with everything that has happened this year, I’ve realised that her and I have opposing views on racial justice, society and inequality. She does not recognise her privilege and is being actively quite offensive. I feel it’s a friendship that does not work for me anymore.”

Lockdown meant that Rowenna was more able to let the relationship die of natural causes rather than forcibly end it. It has been the case for many friends of mine, who have seen casual friends or friends they were already becoming distant from, wane in this time of enforced physical separation.

Ending a friendship can, of course, be a painful procedure- much like a romantic break up.

“I had to end a friendship a few years ago with a girl who was becoming a toxic influence in my life,” says Emily*,30, a charity worker from London, “I realised I was holding on to her because we had been friends since school, but actually she wasn’t making me happy at all, and we really weren’t suited to each other.”

Emily had tried to let the friendship naturally fade but was forced to confront her ‘ex’ friend about the negative behaviour she was bringing to her life.

“It was one of the most painful things I’ve had to do,” she says, “But it needed to be done.”

Natasha Tiwani, Natasha Tiwari, Award-winning Psychologist, and CEO of The Veda Group, says ending friendships like these are hard- but necessary. After all, we wouldn’t stay in a romantic relationship that was hurting us, would we?

“When friendships end more painfully, because one or both friends’ lives are changing, this comes with far more anxiety and distress, and this often may have been present, even if unconsciously, throughout the course of the friendship,” she explains, “As we evolve and grow, it is normal for people to decide that they’re unwilling to put up with an imbalance in a relationship, or a lack of support. When tension, envy and insecurities reach new heights, in the context of big life changes, or one friend seemingly “doing better”, without both friends equally doing inner work together, to heal, it is normal for friendships to end as individuals curate their lives and futures.”

Because of course, in many situations, of course, it is more than just a mismatch of values, or of bad beahviour, but of actual life circumstances.

Lena*, a PR from London, says she found herself the only single girl in her friendship group last year.

“It got to a point where they were starting to get married, have babies, buy houses and settle down,” she said, “They wanted to slow down but I still wanted to go out and meet new people. I realised that I needed to find another social group that matched my life stage.”

“It doesn’t mean that I don’t still love my friends – and I do still see them- I just needed a new social scene that I felt I could relate to more.”

Holly Roberts, a counsellor at Relate explains this is a natural progression, but also advises caution.

“There is something comforting and validating in having friends that are at the same life stage, particularly when we feel like we might have ‘out-grown’ friends at different stages,” she says, “But perhaps sometimes these friendships don’t allow us to be more than just a harassed mum or a fun-loving singleton, we may get stuck in just one definition of ourselves.”

Because, of course, there are some friendships that stand the test of time, the ones that you evolve with- despite circumstances and life milestones.

“The best kind of friendships are ones where we accept the other person for their differences and make mutual allowances for the good and bad things we face at different points in our lives,” says Holly, “All friendships have ups and downs, but those that last are the ones that can recognise these differences at the same time as embracing what drew you to be friends in the first place.”

I guess those are the ones you can keep your friendship bracelets with.