The trial was designed by two of the academic authors (the first and last authors) and representatives of the sponsor, Aragon Pharmaceuticals. The trial was conducted at 332 sites in 26 countries in North America, Europe, and the Asia–Pacific region. The review board at each participating institution approved the trial, which was conducted in accordance with the current International Conference on Harmonisation guidelines for Good Clinical Practice and the principles of the Declaration of Helsinki. All the patients provided written informed consent. The sponsor commissioned an independent data and safety monitoring committee to review safety data on an ongoing basis and to review the results of the primary efficacy analysis before unblinding. Data were transcribed, by trial personnel at each clinical site, from source documents into electronic case-report forms prepared by the sponsor. All the authors assume responsibility for the completeness and accuracy of the data and analyses and for the fidelity of the trial to the protocol, available with the full text of this article at NEJM.org. All the authors had full access to the data, drafted the manuscript with input from the sponsor, reviewed and approved the manuscript before submission, and made the decision to submit the manuscript for publication. The sponsor provided funding for editorial assistance. All the authors and participating institutions have agreements with the sponsor regarding data confidentiality.

Eligible patients were 18 years of age or older, had histologically or cytologically confirmed adenocarcinoma of the prostate that was castration-resistant, and were at high risk for the development of metastasis, which was defined as a PSA doubling time of 10 months or less during continuous androgen-deprivation therapy (bilateral orchiectomy or treatment with gonadotropin-releasing hormone analogue agonists or antagonists). At screening, all the patients underwent a technetium-99m bone scan and computed tomography (CT) of the pelvis, abdomen, chest, and head. Patients in whom distant metastasis was detected, either on these imaging studies or with the use of other information sources, were excluded. Patients were required to have no local or regional nodal disease (classified as N0 on the tumor–node–metastasis staging system) or to have malignant pelvic lymph nodes that measured less than 2 cm in the short axis (classified as N1) and were located below the aortic bifurcation. Androgen-deprivation therapy was continued throughout the trial.

Patients were stratified according to PSA doubling time (>6 months vs. ≤6 months), use of bone-sparing agents (yes vs. no), and classification of local or regional nodal disease (N0 vs. N1) at the time of trial entry. Patients were randomly assigned, in a 2:1 ratio, to receive apalutamide (240 mg per day) or matched placebo, which was administered orally according to a continuous daily dosing regimen until protocol-defined progression, adverse events, or withdrawal of consent occurred. Interventions for the management of local or regional symptoms were allowed. After the first detection of distant metastasis, patients were eligible to receive treatment with sponsor-provided abiraterone acetate plus prednisone. After the trial regimen was discontinued, the administration of abiraterone acetate plus prednisone or any treatment for metastatic castration-resistant prostate cancer was at the discretion of the treating physician.

At screening, the patients’ demographic characteristics, relevant medical history, and other pertinent clinical conditions were recorded, and a physical examination was performed. Vital signs and Eastern Cooperative Oncology Group performance-status scores (which range from 0 to 5, with higher scores indicating greater disability) were obtained at screening and at every scheduled visit during the double-blind period. The PSA level was measured at a central laboratory. The patients, trial staff, and sponsor representatives were unaware of the patients’ PSA values and group assignments until unblinding occurred. Data on adverse events, including type, incidence, severity (according to the National Cancer Institute Common Terminology Criteria for Adverse Events, version 4.0), timing, seriousness, and whether they were related to the trial regimen according to the assessment of the investigator, were recorded at each visit. Disease assessments, including technetium-99m bone scans and CT of the pelvis, abdomen, and chest, were performed every 16 weeks and at additional time points if distant metastasis was suspected. Evidence of distant metastasis on imaging was determined on the basis of Response Evaluation Criteria in Solid Tumors, version 1.1.9 All imaging studies were assessed prospectively by means of blinded independent central review. When a new bone lesion was detected on a bone scan, a second imaging study (CT or magnetic resonance imaging) was required in order to confirm metastasis.

Exploratory end points included time to PSA progression, PSA response rate, patient-reported outcomes, and second-progression–free survival. Time to PSA progression was defined as the time from randomization to PSA progression, according to Prostate Cancer Working Group 2 (PCWG2) criteria (Table S1 in the Supplementary Appendix, available at NEJM.org).10 PSA response rate was defined as the percentage of patients who had a decline from baseline in the PSA level of at least 50%, according to PCWG2 criteria.10 Patient-reported outcomes were assessed with the Functional Assessment of Cancer Therapy–Prostate (FACT-P) questionnaire and the three-level version of the European Quality of Life–5 Dimensions (EQ-5D-3L) questionnaire. The FACT-P consists of 39 items that assess physical, functional, emotional, and social or family well-being, including concerns specific to prostate cancer; scores range from 0 to 156, with higher scores indicating more favorable health-related quality of life. The EQ-5D-3L consists of the EQ-5D descriptive system and the EQ visual-analogue scale; scores on the EQ visual-analogue scale range from 0 to 100, with 0 indicating the worst heal
th imaginable and 100 the best health imaginable. Second-progression–free survival was defined as the time from randomization to investigator-assessed disease progression (PSA progression, detection of metastatic disease on imaging, symptomatic progression, or any combination thereof) during the first subsequent treatment for metastatic castration-resistant disease or death from any cause. 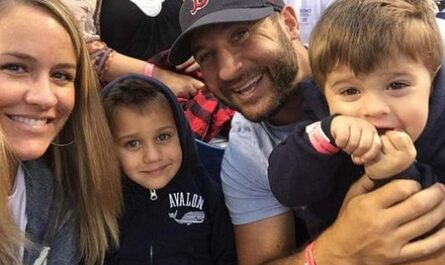 Mother-of-two got toxic shock syndrome caused by a tampon