In the YouTube comments section of Anya’s new single for the feature film, one fan said, “Beautiful voice and great vocal performance had no idea she could sing so good. Great actress she was amazing in Queen’s Gambit and fantastic singer too, looking forward to the movie trailer looked really good.”

While another said, “The more I see it, the more I get into it. I watched the trailer dozens of times.”

And another fan wrote, “Great Waiting to watch the movie eagerly.”

The upcoming film’s storyline is centres around the main character, Eloise, an aspiring fashion designer, who has a sixth sense and is mysteriously able to enter the 1960s. She finds herself transported back in time, and in the body of her iconic nightclub idol named Sandie, played by Anya. While in Sandie’s body, Eloise begins a romantic relationship, but soon begins to realise that Sandie’s life is not as glamorous as it appears to be. 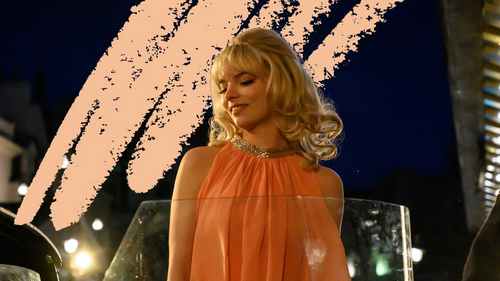 The new film is hotly-anticipated and falls under the mystery/horror genres, so will be perfect for spooky season! Plus, the accompanying song by Anya is haunting and eerily beauty, so a great track for Halloween get-togethers too.

If like us, you can’t get enough of Anya’s dreamy singing, the single is available to download now – yay! The film’s soundtrack is currently available to pre-order now, before being released on Friday, October 22, one week before the theatrical release of the film in the United Kingdom.

Last Night In Soho will be released in UK cinemas on October 29 – and yes, we’ve already got our tickets booked.. haven’t you? Go, go, go!

Katy Perry, relatable queen, showed off the Spanx she wore to a recent photoshoot in this incredible video