But as we eagerly anticipate the release of The Avengers: Endgame this Wednesday, we sat down with Scarlett Johansson AKA Black Widow and Paul RuddAKA Ant-Man to find out just what it would take for them to reveal some plot spoilers.

Avengers: Endgame is about to smash the movie box office to smithereens. The film which is shrouded in extreme secrecy – so much so the cast haven’t even seen the completed film or read the entire script – is the latest in the Marvel franchise’s epic 22 films.

Plus, it’s the highest grossing film franchise of ALL time – sorry, Star Wars.

Paul Rudd suggests you would have to put your GCSE in Science to considerable use. “You’d have to shoot us with sodium pentothal directly into the blood stream,” he joked.

Meanwhile continuing the aggressive science methods, Scarlett said, ““Some kind of truth serum – basically you would have to drug us! But at this point you’d just have to offer me a beach vacation – anywhere, anywhere sunny!” We will take you on holiday ANY TIME Scarlett!

Getting creative Paul suggested a possible option for a tired Scarlett, “I have a time share for you in Florida Keys. I didn’t want to go with a really exotic location, it’s just a time share. But it does come with a canoe, a kayak and a golf buddy.” Wow, you won’t find that establishment on Air B’n’B will yah? 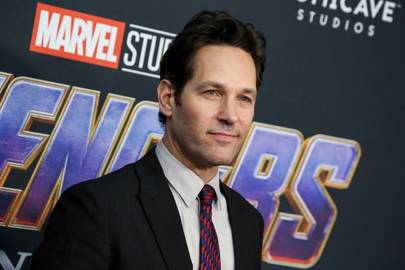 Avengers: End Game is quite possibly the most hyped movie in history. By Natalie Portman merely walking the red carpet at last night’s world premiere, she caused a systematic internet break down about whether she will re-join the series following her stint in Thor, opposite the out of this world Chris Hemsworth.

The film’s secrets are so closely guarded that the Marvel studio even released a letter urging cinema goers to not reveal the ending of the franchise, even after release. So, we will see you at the cinema – just no talking, please.

Eek! One of our favourite beauty brands is doing limited-edition makeup bundles, saving us 50%