The current furlough scheme is set to end on 31st October, meaning UK workers who are currently furloughed will continue to receive 80% of their current salary, up to £2,500 per month, until then.

As of yet, chancellor Rishi Sunak hasn’t given a clear indication as to whether it will be extended.

So, we asked three employment lawyers what they thought of the possibility of another furlough scheme, in the event of a second wave of Coronavirus…

“I find it very hard to imagine that this will be extended again, even with a second wave of the virus.

The possibility of a second wave of COVID-19 is a topic that is dominating conversation of late. Specifically, many are questioning what financial measures will be implemented by the government should we find ourselves in another wave of the pandemic and, consequently, a second national lockdown.

“It’s been running since March, and a number of companies have done, are doing, or still planning on making drastic changes. Many businesses that have come to us for employment advice are envisaging redundancies, office cuts, taking on only consultant staff or zero work hour contracts, all in preparation for a second wave and bigger economic and work impact.

“As harsh and sad as it seems for employees, most of the above are all fair in terms of law, as long as the contracts and processes follow the correct protocol and are law-abiding. We’ve seen a particular increase in businesses come to us in the past month citing the end of furlough and the decisions they are facing, and requesting a HR health check to ensure any redundancies or changes are just.

“Knowing that the furlough scheme is coming to an end and they are unable to financially support their team with the business impact of the pandemic to date, is a sad reality for some businesses. A second wave is a real scare that revenue could take another large hit for some sectors.

“If the government were to extend the scheme, I do not envisage this will be beyond December as the government has spent considerable time and money supporting businesses though this period, and it’s unlikely budget will allow for furlough to go beyond this.”

“Should a second wave of the pandemic hit, I would hope that another furlough scheme will be implemented. However, I think it needs to be done in a targeted fashion, supporting the sectors that most require it, such as hospitality. A second wave would be disastrous in some sectors when businesses are still on a delicate knife edge.

“The furlough scheme in general has been seen as one of the government’s few successes in the Pandemic and I would like to see the continuation of the flexible furlough scheme for targeted industries to some degree.”

“I believe it is highly unlikely that the government would introduce a new scheme in the event of a second wave.

“If there is a second wave, I believe there would be less tolerance of COVID-19 related disruption by employers, employees, clients and customers. After all, the initial peak in COVID-19 cases was unprecedented and, in many ways, unexpected. There was a need for society to be accommodating and understanding. However, the concern is whether companies will continue to adopt the same level of tolerance and flexibility in the event of a second wave.

The initial furlough scheme came at a huge cost to the public coffers. As we recover from the initial peak and some easing of the lock down takes places, there will inevitably be greater scrutiny on the government as to how they intend to fund any new schemes. With public borrowing at an all-time high, this could discourage the government introducing a new furlough scheme similar to what we have seen previously. It could be that a more limited scheme is introduced.

With many companies adopting leaner methods of working, it may be that some companies simply do not require the same number of employees as they did prior to the initial lock down. In the circumstances, it may be that fewer companies will look to retain employees using the furlough scheme and may instead make employees redundant.” 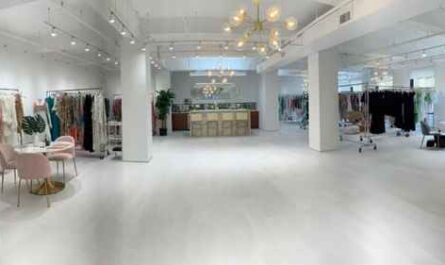