Is Your Shipping Company an Influential Right-Wing Donor?

On Tuesday, Artnet pointed out a riveting New York Times story on “the most powerful conservative couple you’ve never heard of.” In their piece, Stephanie Saul and Danny Hakim explore the quiet influence of Liz and Dick Uihlein, owners of the successful shipping and packaging company Uline.

“The Midwestern couple has joined the upper pantheon of Republican donors alongside names like Koch, Mercer, and Adelson,” reads the story. “They have spent roughly $26 million on the current election cycle, supporting more than 60 congressional candidates, working outside the party establishment to advance a combative, hard-right conservatism, from Washington to the smallest town.”

Their work includes support for Roy Moore and Donald Trump. Might be time to make sure you know where your shipping dollars go.

Selldorf Architects has completed the new headquarters for the not-for-profit Swiss Institute in a 7,500-square-foot converted bank building in Manhattan’s East Village. The project cost a total $5 million and will provide a new space for the Institute to show contemporary art. The new building will also house several residencies and other community programs. 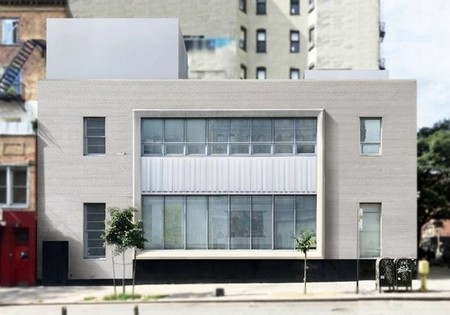 Here’s hoping Tom Kundig, Jim Olson, and their team are Dylan fans: The firm has been selected as lead architects on the forthcoming Bob Dylan Center in Tulsa, Oklahoma. The center will house both permanent and temporary exhibitions relating to Dylan and his cultural significance. It will also collaborate with the Bob Dylan Archive and the Institute for Bob Dylan Studies at the University of Tulsa.

“I’m glad that my archives, which have been collected all these years, have finally found a home and are to be included with the works of Woody Guthrie and especially alongside all the valuable artifacts from the Native American Nations. To me, it makes a lot of sense and it’s a great honor,” Dylan said in a release. Says Kundig, “This is a deeply meaningful project for us – not only acting as architectural support to Bob’s transformational legacy and creative, disciplined force but also in preserving the teaching value of his legacy for future generations.” The center is expected to be completed in 2021.

In further proof that Danish design is truly global, Carl Hansen Son has opened a new flagship in the design district of Japan’s second largest city. “Japan is Carl Hansen Son’s second largest market outside Scandinavia, and it is of utmost importance to us to be present in a design-conscious city like Osaka,” Carl Hansen Son owner Knud Erik Hansen said in an announcement. Moreover, he explains, “Japan and Denmark share a design tradition that values minimalism, functionalism, and outstanding craftsmanship. We look forward to showcasing our exceptional furniture and welcoming all design enthusiasts.”

Just in time for summer, Dream the Combine’s Hide Seek has opened at MoMA PS1 in Long Island City, Queens. The project, done in collaboration with Clayton Binkley of ARUP, is the winner of the museum’s 2018 Young Architects Program competition. It comprises a series of large-scale mirrors that refract and reflect the surrounding environment. “When you’re working on a public project, you are making something that is a dialogue between its context and the people that interact with it,” Dream the Combine’s Tom Carruthers told AD PRO in March. “We thought of this as a series of relationships and an approach to a social project: Introducing elements that people will engage with in an automatic way.”

Looks like your Artichoke lamp is holding its value: Danish design company Louis Poulsen, the manufacturer of Poul Henningsen’s iconic lamps, has just been acquired by Investindustrial, a European holding group that also has stakes in Flos, B&B Italia, and Arclinea. The deal, financial details of which were not disclosed, seems to point to expansion for Louis Poulsen. “I am pleased that we have partnered with Investindustrial to launch the next stage of our development,” CEO Søren Mygind Eskildsen said in a statement. “The global lighting industry remains as strong as ever, and with Investindustrial’s rich experience in the design sector and expertise in driving the internationalization of brands, we are looking forward to working with them to achieve further international growth.”

Floyd Takes Over the Blackbirds with Parachute Home and More

Detroit-based furniture startup Floyd has opened a new kind of pop-up at the Blackbirds complex, a nouveau-bohemian living community in Los Angeles designed by Barbara Bestor. Alongside other young brands like Parachute Home, Poketo, and Year Day, Floyd outfitted a house for modern urban living. “L.A. has always been a source of design inspiration for us, and we’re excited to bring a real-life Floyd experience to our West Coast friends,” says Kyle Hoff, cofounder and CEO of Floyd. “We specifically chose the home in Blackbirds for the pop-up space because of the way it promotes design that builds community – there’s a lot of synergy in our approach.” The shoppable space will be up through July 1. 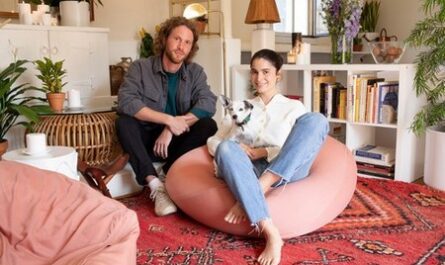 This Magical L.A. Studio Apartment Has a Dome in the Middle of It