On Sunday night, Anna Kendrick took home choice comedy movie actress and choice Twit, and she made sure to call out one of her opponents for the latter award in the process.

In addition to talking about how lucky she felt to make the Pitch Perfect movies, she also touched on how excited she was to beat out one particular person for choice Twitter. “I know that Ryan Reynolds was nominated, so in your face, Ryan!” she teased the hilarious actor.

Sometimes being a humble winner is overrated. 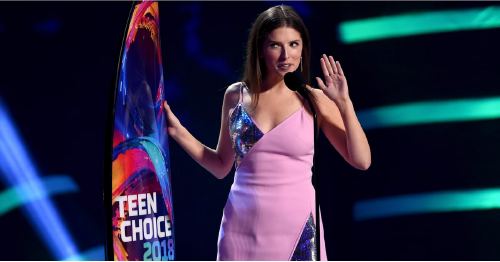 This certainly isn’t the first time the two have poked fun at each other. While Ryan is known for trolling his wife, Blake Lively, on social media, Blake recently roped her A Simple Favor costar in on the fun when she said Anna was a “hotter, female(r)” version of her husband. We can’t wait to see how Ryan will reply to Anna’s acceptance speech!