The Home Office insists that the UK’s law on animal testing hasn’t changed, but officials have revealed that our rules would be aligned with a decision by the European Chemicals Agency’s (ECHA) Board of Appeal, requiring certain ingredients to be tested on animals before they’re used by humans.

A new ruling on animal testing could be set to ‘blow a hole’ in the UK’s cruelty-free beauty industry, an animal welfare charity has said, which would up-end 23 years of policy.

As per the Guardian, Cruelty Free International (CFI) said they were told by the Home Office that the government had ‘reconsidered its policy’ regarding animal testing on ingredients exclusively used in cosmetics, which has been illegal in the UK since 1998.

The ECHA stated that Symrise, a German chemicals firm, should carry out animal tests on two ingredients – which are widely used across a range of beauty products – to satisfy chemicals regulations, overruling EU restrictions on animal testing of cosmetic ingredients.

“Under UK regulations to protect the environment and the safety of workers, animal testing can be permitted, where required by UK regulators, on single or multi-use ingredients. However, such testing can only be conducted where there are no non-animal alternatives,” a government spokesperson said. 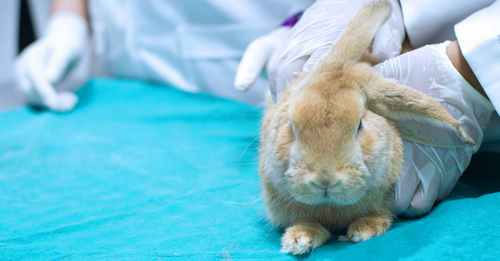 Dr Katy Taylor, CFI’s director of science and regulatory affairs, told the publication: “The government is saying that even ingredients used solely in cosmetics, and with a history of safe use, can be subjected to animal tests in the UK.

“This decision blows a hole in the UK’s longstanding leadership of no animal testing for cosmetics and makes a mockery of the country’s quest to be at the cutting edge of research and innovation, relying once again on cruel and unjustifiable tests that date back over half a century.”

According to Dr Julia Fentem, Unilever’s head of the safety and environmental assurance centre, there are approximately 100 cosmetics-only ingredients that could be subjected to animal testing under the regulations. She called the UK’s plan to align with the Symrise decision a ‘retrograde step’.

Playlists May Be Just What You Need to Feel Calm