According to Angela Kinsey (the actor who played Angela Martin), frowning for hours on end can actually have some unpleasant side effects. 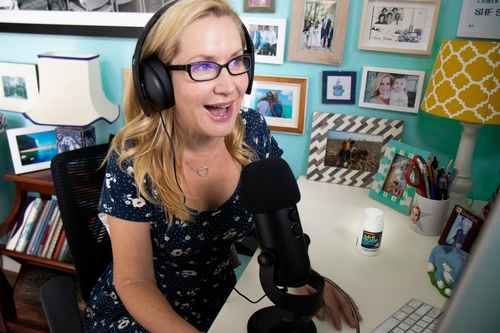 “I found that my character was always frowning,” Kinsey told me during a recent video interview. “I would get a headache. I really would.”

If you’re currently rewatching The Office for the 46th time, like me, you know that Angela Martin isn’t exactly thrilled with most of the events taking place in her work environment – her annoyed facial expressions prove it.

Kinsey – who has recently partnered up with Advil as the spokesperson for the brand’s launch of Advil Dual Action – pointed to the episode “Yankee Swap,” in which Michael Scott sabotages Angela Martin’s holiday party, leaving her furious about all the wasted hard work of her party-planning committee. Kinsey had to display that disapproval in the form of angry facial expressions.

“Do that face for 12 hours for five days – and then also have a severe braid! By the end of it, I was getting the biggest headaches from frowning and really tight hairstyles,” Kinsey said. 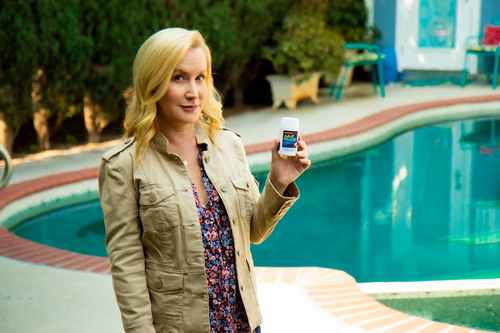 These days, Kinsey’s office obviously looks very different from her Dunder Mifflin cubical. Like so many others, Kinsey is also working from home. She’s recording her podcast, Office Ladies, from her shed, which she converted into an impressive work space. That hasn’t come without some ergonomic adjustments and aches.

“I don’t think I sit correctly at all,” Kinsey said. “My husband – I kept telling him I’m getting this lower-back pain. He came in here, sat in my desk chair, and was like, ‘Angela, it’s like you’re sitting on a piece of wood. This chair is crap!’ So, he ordered me a little butt-cushion thing. It’s probably the cushion that people use if they have hemorrhoids – but I sit on it, and it’s really squishy, and it’s helped my lower back.”

Kinsey said her husband has a standing desk and absolutely loves it, but she can’t get into the idea. Of course, then I had to ask if she thought The Office‘s Angela Martin would be a standing-desk adopter.

“I am shocked that Dwight did not have a standing desk,” Kinsey said. “He’d probably make it look like the control station from Battlestar Galactica. He would make it look like he was flying the spaceship. I do not think Angela Martin would approve. I don’t know why. I feel like she’d be like, ‘That’s odd.'”

Standard desk with a squishy cushion it is, then!