Thea Lauryn Chippendale was shocked when a man she matched with on the dating app felt the need to message her to inform her that her dress was “doing her no favours.”

A woman who was cruelly shamed on Tinder has got the ultimate revenge on her troll.

The 20-year-old student then took to Twitter to share screenshots of the nasty messages sent by her charmless Tinder match, who insulted her gorgeous ASOS Design lace midi dress.

“Not gonna lie you’re a bit of a joke but that dress in the last photo is not doing any favours. Hope this helps,” the troll by the name of George began.

Thea then responded: “Excuse me?”, which shows a huge amount of grace and restraint, if you ask us.

“Why did you feel like you needed to comment on it?,” Thea then retorts. “Is your head so far up your own a*** that you thought your opinion mattered?” 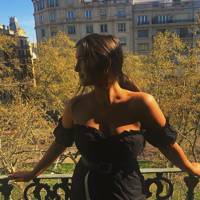 George then rudely replied “You heard!”, before continuing with his unsolicited rant.

“It’s awful you not reckon? Charity shop job! I tell you what… GROW UP! And shop somewhere decent! Thank. Hope this helps,” he continued.

“Well I think you look stunning and everyone knows validation off another female is worth 100x more than a Male,” one user wrote.

“His ex had that dress and wore it when she cheated on him. It’s the only explanation here. PS. You’re f***ing stunning x”, another joked.

It wasn’t long before the official ASOS Twitter account got behind Thea, tweeting her directly to show her that they’d used Thea’s picture to advertise the dress on the website – meaning shoppers can now view her snap when swiping pictures of the dress online.

“Get her as an official model! She is beautiful and it just goes to show girls out that that one tiny little boys opinion is NOT a matter of fact!”

Another commented: “This is one of the best things I’ve seen.”

A Guide To Outdoor Outfits For All Your Summer Plans