One mark of a good designer is his or her ability to adapt. When an architect embraces a wonky site or a designer successfully disguises a convoluted floor plan, the way the design professional confronts, or even celebrates, challenges can separate the good from the so-so. Such was the case for Ebba Thott of UK-based multidisciplinary firm Sigmar, for a family residence she designed in New York City. After having their second child, Thott’s clients decided to combine their apartment with two other units inside a historic Art Deco building on downtown Fifth Avenue. They worked with architects Melissa Baker and Jon Handley of Pulltab Design on the renovation.

“They wanted an interior design firm that could marry the contemporary new curves of the conversion [and] the history of the building with an interesting and soulful interior,” Thott says. The client came across Sigmar’s outpost in London’s Chelsea and knew it was just what her home needed. “I loved the quiet details that Sigmar put into their work,” says the homeowner. “They have a way of keeping things simple and interesting at the same time.” So, Thott and the homeowner began their six-month-long “collaboration,” as Thott calls it, two years after the original project was completed. Thott inherited a blank slate, or, in hindsight, a blank canvas, in which her firm could orchestrate an impressive lineup of 20th-century silhouettes and storied antiques.

In the kitchen, the homeowners’ existing upholstered barstools add color to a mostly toned-down palette.

Thott made three visits to New York City during the project, and the clients made two shopping trips to London. The design solution included custom lighting and window treatments, new paint and wallcoverings, and a few custom furniture installations. Though you might expect the geographical distance to have posed a challenge, Sigmar recalled no hiccups. The team committed to shopping for all of the family’s new pieces in Europe and then shipping them to New York City in one go for the grand finish.

Thott’s clients, like many young families, wanted their apartment to be beautiful but also functional – and equipped with plenty of expandable storage options. These elements are perhaps best seen in the kids’ rooms, where Thott incorporated custom beds, with plenty of room to stash toys, and the children’s own artwork. Family-friendly elements were manifested in less traditional ways throughout the rest of the home, namely in sturdy, long-lasting furniture pieces. “I wanted to find them pieces that carry real soul and that are user friendly yet delicate at the same time,” says Thott. “I wanted to offer them sophistication that balanced and mixed well with everyday life.” 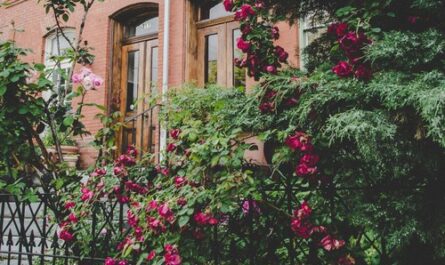 How Does Subletting Work in NYC? We Answer All Your Questions