Nichole (who did not want Yahoo Lifestyle to publish her last name, to protect her privacy), a digital marketer in South Burlington, Vt., discovered she had been kicked off the app during a vacation to San Francisco in January, WBRC reported.

Over drinks with a friend, Nichole, 32, opened the app, only to discover an error message, followed by one that read, “Your account has been banned for activity that violates our terms of use.”

A woman who was kicked off Tinder accuses the dating app of closing down her account because she posted profile photos of a hunted deer. “It’s a double standard,” she tells Yahoo Lifestyle.

Nichole saw nothing offensive about her profile and she hadn’t used the app for months. The long-term inactivity had rendered her account hidden. However, on checking her office email that day, she read a message from a Tinder user – who had Cc’d her boss – admitting to reporting photos of Nichole posing next to a deceased deer.

“Really is this the best a marketing strategist can do to find love online?…No wonder why she’s on Tinder…not illegal, but classless for sure,” the user reportedly wrote, in an email obtained by My Champlain Valley. 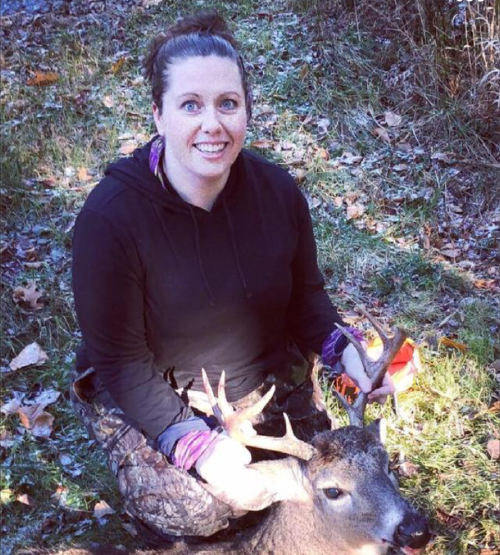 He later explained further to the website, “While my personal feelings of hunting fall on one side of the issue, my main complaint being that it just doesn’t belong on a public dating site and all I did was report it to Tinder as inappropriate. That’s got to be considered a bad move as you are now not just representing yourself, but also your Company as well and thus the reason I felt prudent to let the Company know.”

The man did not respond to Yahoo Lifestyle’s request for an interview.

Nichole of Vermont says Tinder kicked her off the dating app because she posted hunting photos. (Photo: Courtesy of Nichole)

The lifelong hunter knows that hunting is controversial. “It’s not for everyone, but it’s my core identity,” Nichole tells Yahoo Lifestyle. “My family loves to hunt and fish, and it was important for me to share that on Tinder. It would be a deal breaker if a partner didn’t respect that.”

Nichole said that when she activated her Tinder account before meeting her friend, the app’s geolocator made her profile visible to San Francisco-based men, one of whom didn’t like her lifestyle. “I cropped it so there were no weapons, no blood – my family, we are not trophy hunters, we hunt for food,” Nichole told ABC 7. “We respect the animal, we respect the outdoors, we eat every part of the deer that we can and only take shots when we feel it’s going to be a good shot and it’s going to take the animal as quickly and painlessly as possible.”

She emailed Tinder asking why she had been banned, offering to remove any content that was in violation of the app’s rules. “I got a reply that I am permanently banned and there was no appeals process to fight it,” Nichole tells Yahoo Lifestyle. In emails provided to Yahoo Lifestyle, the customer service representative said that an explanation for the ban was not available.

Nichole replied that her hunting photos didn’t match Tinder’s violations and that the man had possibly violated Tinder’s anti-harassment policy by contacting her employer. She was told that the app would investigate claims of harassment.

A Tinder spokesperson tells Yahoo Lifestyle, “We are committed to maintaining a positive ecosystem and take any reports of behavior that is contrary to our Terms of Use or Community Guidelines very seriously. We have a team dedicated to investigating each report. The account in question had been reported multiple times. The matter has been resolved and they can now use Tinder.”

Nichole says her photo could breach the app’s rules against “violent, graphic, or gory content on Tinder.” However, she adds that she found dozens of alleged Tinder profile photos in which men show off slain deer, fire guns, grab each other’s genitals, and even one of a subscriber standing fully naked with his back to the camera. She sent a sample of the images to Yahoo Lifestyle.

“It’s time to address these double standards,” Nichole tells Yahoo Lifestyle. “If I were a man, this wouldn’t be an issue. It also speaks to discrimination women face in hunting, which is a male-dominated sport.”

Nichole’s profile was reinstated on Feb. 6, but she’s soured on Tinder. “I’d rather put my time into dating apps that are inclusive and apply the same rules to men and women,” she says. 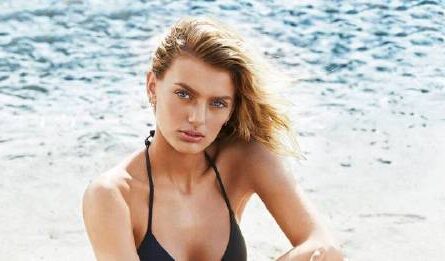