Aquamanis a wet and wild LOL-fest with Game of Throneshunk, Jason Momoa raving around his trident and Amber Heard giving the best hair flips this side of America’s Next Top Model series four. If this was a water ride at Alton Towers, it would be one serious white knuckle ride.

Here, the stars of DC’s greatest comic box revival join GLAMOUR’s Joshington Hosts. Amber Heard reveals she is a drag queen in a woman’s body, Jason describes just how wild a night on the town is with him and the pair reveal their tips for nailing a hair flip a-la Aquaman. Watch the full video above!

Jason, if you were going to pitch this film in a kind of solo, synchronised swimming fashion, how would you pitch it?

Jason: Rad moves, some hair flips, some pelvic thrusting. Just move my trident around everywhere, you know what I mean.

Amber, you are an absolute queen in this, what would be your real-life drag queen name? I sense you’ve got so much sass, you would serve that up.

Amber: I feel I am a drag queen. I just wound up in the wrong packaging unfortunately because this is just far too neutral for my taste. For me, every day would be a glitter day, it would be a moment. 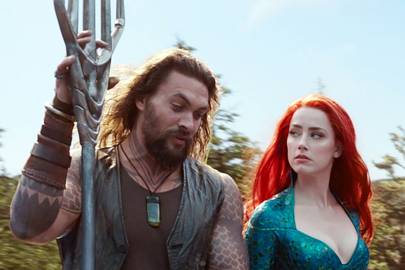 What would your wet and wild song be though, Amber?

Amber: That’s like the best question ever so thank you very much. Urm, I think I would go, I would lean towards Elton John! Mona Lisa and Mad Hatters but then I also want to be more festive and do Spice Girls. I think Spice Girls would be more fun.

What I loved about Aquaman was the hair flipping. I feel like you could teach a degree in hair flipping after this – what are your tips?

Amber: Jason does far more and better, honestly, and that’s coming from me. I like to think of myself as a pro hair flipper but Jason takes the cake. I have to give it to him.

Jason: Whip that head back. I think it’s from all head banging when I was into metal when I was younger. 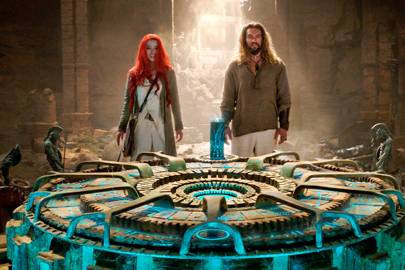 Amber, I feel like you taught Jason a lot about cleavage goals…

Amber: He’s also got me beat probably there!

Jason: Well, it’s gone now but when you’ve got to train, it’s there!

Amber: He would work out in between takes.

Jason: That was the only time I could find to workout because when they say ‘cut’, I’m going home and getting on the beers! I am just trying to play the character! 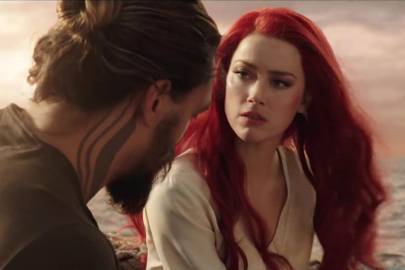 What would the ultimate night out with you be like, Jason?

Jason: Well last night we went to a party and then just started dancing around. I’m Hawaiian and we invented the Hula. I know how to swing my hips.

What I liked about this film so much is that Aquaman is a flawed masculine character. Was that important to bring out a softer edge to masculinity?

Jason: I think it’s an important period, you know. I was raised by women; by my grandmother and my mum. I think it’s absolutely important to know yourself, to have a few sensitive moments, to open up instead of being this Martian. I think that’s very important. The part where he’s doing it for his family and his friends is a hard part to crack through. I think I can relate to that and probably what helped play the character.

Aquaman is in cinemas on 14th December

Meghan Markle Could Have Something to Do With It

Can spirulina and other algae skincare products live up to the hype? 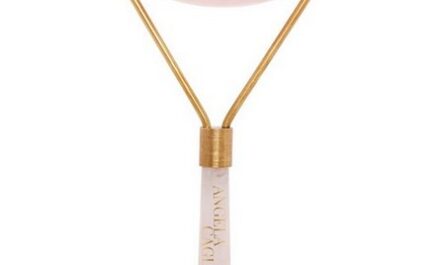 Thanos Is Coming to Fortnite For an Avengers: Infinity War Crossover, and We Are So Freakin’ Excited