You know a cast is basically family when they opt to get tattoos together. The core members of the Avengers cast – Robert Downey Jr., Scarlett Johansson, Chris Evans, Chris Hemsworth, and Jeremy Renner – celebrated the release of Avengers: Infinity War by taking a permanent plunge: getting inked. According to Entertainment Weekly, the tattoos were originally Johansson’s idea. She and Evans started the trend in New York; then she brought the artist, Josh Lord, to Los Angeles to ink up Downey Jr. and Renner. Downey Jr. told EW that they eventually “bullied” Hemsworth into participating, but Mark Ruffalo opted out. Think he’s hiding out after realizing he spoiled the end of Infinity War?

The five members of the cast now sport a simple Avengers symbol intertwined with the number six – but they’re not the only ones. After getting inked, the actors turned the needle back on Lord, and each contributed to their own version of his tattoo, which Downey Jr. described as a “total massacre.” Keep scrolling to see the process in action, and check out how Lord’s expertise compares to the cast’s . . . work of art?

19 Workouts to Help You Become Your Strongest Self 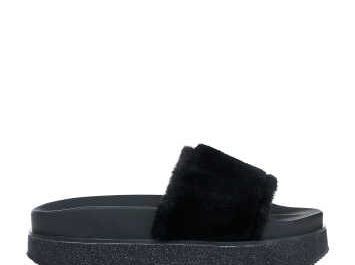 This Is the Safest Pool Accessory For Kids Learning to Swim, According to the US Coast Guard