Thanks to a few brands — Rihannas Fenty Beauty, most notably — were living in an era of new standards for diversity and inclusivity in the beauty space.

By introducing a staggering 40-shade foundation range at launch and subsequently selling out of many of the darker shades in the lineup, Rihanna proved that being inclusive is a smart business move and issued something of a challenge to fellow color cosmetics brands: Adapt with the times and step up your inclusivity, or become irrelevant. Legacy brands, such as Almay — which has had an ethnic diversity problem in its recent history — are slowly, but surely coming to terms with what this means for their businesses.

Beverly Peele in a 1992 Almay campaign

First, a quick history lesson: In the 1920s and early 1930s, when color cosmetics were first becoming trendy amongst the American masses, formulas relied on heavy pigments and fragrances; and up until the 1950s, the chemical element of radium was a fairly standard cosmetics ingredient. It was after experiencing irritation from these Gatsby-era products that a woman named Fanny May Woititz enlisted the help of her chemist husband Alfred to analyze the makeup shed been using. Together, with the guidance of dermatologist Marion Sulzberger, they created a lighter makeup formula that Fanny Mays skin could tolerate. In 1931, Almay (Al for Alfred; May for Fanny May) emerged as the first hypoallergenic makeup line on the market.

Though other brands, such as Max Factor, Maybelline and Helena Rubenstein, gained more substantial cultural clout, Almay was able to stand the test of time by offering the same products, such as cake eyeliner and bright eye shadows, in nonirritating, hypoallergenic formulations. What the brand notably failed to offer, however, were cosmetics suitable for most Black women, who instead turned to companies such as Fashion Fair, Floris Roberts and Zuri, which grew and flourished by the 1970s.

Revlon purchased Almay in 1987, and not long after that, in late summer of 1991, came the release of a “Darker Tones of Almay” line, marking an expansion of the brands shade range into the deeper pool of cocoa colors for face makeup — a fairly groundbreaking move at the time. Then, in 1992, Almay tapped Black model Beverly Peele, who had walked for Azzedine Alaia and Versace, and covered magazines like Mademoiselle and Glamour, to star in its now-legendary advert to introduce its “new range of shades for sensitive skin.” Next to the headshot of Peeles gorgeously smooth complexion were small images of four products, including a compact with a chestnut hue tucked inside and a tube of liquid foundation containing the pigment of a perfect chocolate milkshake. This was progress, even if it wasnt that impressive by todays standards.

Then things went dishearteningly in the opposite direction. During the late 90s and early 2000s, Almay hired former MTV VJ Karen Duffy and Courtney Thorne-Smith (of “Ally McBeal” fame), both white women, as its spokesmodels, steering the brand toward a presentation that was, quite frankly, far more white-washed than it had previously been.

In the late 80s and early 90s, before YouTube and Instagram became battlegrounds where consumers could call out makeup brands for unacceptable shade ranges, the percentage of Americans of ethnic and multiracial backgrounds had grown tremendously; and as analysts of the time confirmed, their spending power grew $500 million a year by 1990. It simply became smart business — as well as a matter of ethics — for major beauty brands, from Prescriptives to Clinique, to start making makeup for people of color.

While competitors like LOréal, MAC and even Almay parent company Revlon enticed customers with increasingly polychromatic, inclusive campaigns and product ranges, such shades had completely faded away from Almays foundation arsenal. Black models all but disappeared from the brands imagery, save for one campaign for One Coat Lip Creams lipstick, that showed a dark-skinned model.

On message boards like Lipstick Alley (the Reddit of Black women during the internets nascent social media days), the Peele ad was frequently shared among users and comments had built a mountain of disbelief that Almay had ever sold makeup catering to Black women. This marked the brands dual disconnection from the general public and a new generation of makeup lovers.

Perceptions of Almays ethnic exclusivity only continued to worsen through 2014, when blonde-haired, light-eyed “American Idol” Carrie Underwood signed on as its celebrity face, succeeding (also white) Kate Hudson. She was initiated with new slogans that championed the “All-American Look” and “Simply American” brand: not-too-veiled euphemisms for white. No brown shades were included in the launch. Again: This was in 2014.

Carrie Underwood in an Almay campaign.

Fast-forward to 2018: What is Almay doing to rebuild its brand and make things right, especially in a post-Fenty Beauty world?

The brand has recently set a goal of starting anew, with brown shades back on the vision board. In fall of 2017, commercials starring its new spokesperson began to air. That would be comedienne, producer, half-Black/half-Jewish, unapologetically feminist Rashida Jones.

Almays delayed semi-rebirth has been overseen by Marketing Director Antonette Bivona, who has been with the Revlon/Almay camp for 26 years and counting, and also works on product development. “During research for our new brand positioning, we received feedback, directly from consumers, that they had felt excluded from the brand and that our product range did not meet their beauty needs. This was never our intention,” Bivona said, matter-of-factly in an email exchange. “Our brand belief and product offerings should reflect the brands desire to be more inclusive. Somewhere along the way, Almay lost its way, targeting a small range of skin tones.” She added, “We needed to reach a more diverse audience.” 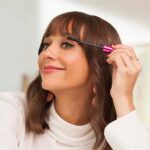 While its encouraging to see a woman of color appear in Almays new commercials after years of white-washed campaigns, it shouldnt go unnoticed that the brands first Black spokesmodel in decades is also half-white. Or that the brands most recent foundation launch, Best Blend Forever, still features only three shades for darker skin tones and 12 shades total.

Still, theres evidence that the brand is earnestly attempting to right its past wrongs: The models that now fill the its campaigns are a reflection of a new, more inclusive, era for Almay as well. On social media and in ads, were presented with a diverse casting: These women are adorably freckled all over. They display massively fluffy textured hair or swaths of purple on monolids. Flatlays show an eye-shadow palette, mascara and a “Mocha” Best Blend foundation. Almay also openly fields feedback from its followers across various platforms, eager to form a community and engage with fans and critics alike with more transparency.

So yes, Almay is taking a step in the right direction when it comes to building an inclusive brand that more accurately represents the diversity of the real world. And its hoping to make amends for years of neglecting that priority. “We have a long way to go,” acknowledged Bivona, “but were excited about the first, important, steps we have made.” 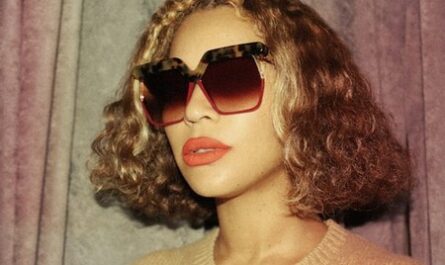 Beyoncé Just Got A Bob Haircut

6 plastic surgery trends to expect in 2020, according to experts