If there’s one thing we learnt in the last 18 months (you know, besides where to buy the chicest face masks), it was the importance of positive stories. Something to make you smile and remind you of the good things in the world in amongst all the doom and gloom.

The best way to do that? Babies, of course! So we thought we’d round up all the celebrities who have given birth – from new parents KJ Apa and model Clara Berry to Princess Beatrice and Edoardo Mapelli Mozzi, who just announced the name of their baby girl.

The Queen’s granddaughter, Princess Beatrice, gave birth to her first child on Saturday 18 September 2021, at exactly 23:42. Princess Beatrice, who is married to Edoardo Mapelli Mozzi, shared the exciting news in a tweet on Monday 20 September, saying, “So delighted to share the news of the safe arrival of our daughter on Saturday 18th September 2021, at 23.42, at the Chelsea and Westminster Hospital, London. Thank you to the Midwife team and everyone at the hospital for their wonderful care.”

Now, the happy couple have finally revealed that they have named their daughter Sienna Elizabeth, with her middle name being a lovely nod to her grandmother, Queen Elizabeth II.  The news was announced on 1 October 2021, in a statement that read: “Her Royal Highness Princess Beatrice and Mr Edoardo Mapelli Mozzi have named their daughter Sienna Elizabeth Mapelli Mozzi.

“The couple have said, ‘We are all doing well and Wolfie is the best big brother to Sienna.’”

After Princess Beatrice gave birth, Buckingham Palace also released a statement confirming the news, saying, “The new baby’s grandparents and great-grandparents have all been informed and are delighted with the news.

“The family would like to thank all the staff at the hospital for their wonderful care. Her Royal Highness and her child are both doing well, and the couple are looking forward to introducing their daughter to her big brother Christopher Woolf.”

Princess Beatrice is already stepmother to Edoardo’s son Christopher Woolf, known as Wolfie, from his previous relationship with Dara Huang.

Meanwhile,  24-year-old Riverdale star KJ Apa has officially joined the dads club as he and Clara announced the arrival of their adorable baby boy via Instagram. Born on 23 September 2021, the couple revealed that they had named him Sasha Vai Keneti Apa in a sweet post.

Introducing their little one to the world, Clara wrote: “Sasha Vai Keneti Apa, born on the 23rd of September. He is a perfect perfection. I am the luckiest to have now two men of my life, filling my heart with this cosmic gigantic vast love. ❤️‍🔥”

Earlier on in the month of September, rapper and all-around legend Cardi-B announced (on 6 September 2021) that she’d given birth to her second child, a baby boy and younger brother to her daughter – Kulture – who she also shares with her husband, Offset. Cardi shared an adorable snap to Instagram, showing her sitting in a hospital bed (with a Louis Vuitton blanket, casual) with Offset as she cradled their newborn.

Offset also shared a family pic to his Instagram, showing him lying down with his new baby on his chest, as wife Cardi looks over to them. He captioned the post, “Chapter 5,” as this is his fifth child. He is already a father to Kalea, who he shares with Shya L’Amour; Jordan, with Justine Watson; Kody, with Oriel Jamie; and Kulture, his first child with Cardi.

In a statement, the couple said, “We are so overjoyed to finally meet our son.

“He is already loved so much by family and friends and we can’t wait to introduce him to his other siblings.”

Earlier this year, Youtuber Zoë Sugg, AKA Zoella, welcomed her first child with boyfriend Alfie Deyes. Sharing the news on Instagram, she wrote, “She’s here! Meet Ottilie Rue Deyes 💕29/08/21.” What an adorable name! And that yellow head band is pretty cute too.

Tan France his husband Rob also become parents for the first time this year in July, after bringing home their baby son Ismael after three weeks in intensive care.

Tan wrote on Instagram: “Give our son a warm welcome. Ismail France, born July 10th. He came 7 weeks early, so he’s been in the NICU for the past 3 weeks. But, today, we finally got to bring him home. We love him so, so much. Like, fully obsessed. Our Surrogate is doing so great, post labor, and we couldn’t be more grateful for the greatest gift in our lives.”

Halsey also recently announced the birth of their first child with their boyfriend, Alev Aydin, via an Instagram post with the caption: ‘Gratitude. For the most ‘rare’ and euphoric birth. Powered by love.

Halsey hasn’t revealed the baby’s sex, and back in February, they opened up about their pregnancy on Instagram, explaining that “it has leveled their perception of gender entirely”.

“I’ve been thinking lots about my body,” she wrote. “it’s strange to watch yourself change so quickly. I thought pregnancy would give me very strong, binary feelings about ‘womanhood’ but truly it has leveled my perception of gender entirely. My sensitivity to my body has made me hyper aware of my humanness and that’s all.” 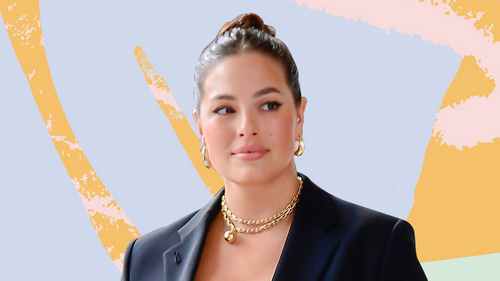 Back in June, Ellie Goulding shared a first glimpse at her adorable baby boy Arthur Ever Winter Jopling who was born on 29th April. The singer posted a short video to Instagram documenting her pregnancy journey, with the final shot showing Arthur lying on his mum’s chest, with Ellie looking adoringly at her new son. ‘Cute’ doesn’t even cover it guys:

For more famous faces who have welcomed their bundles of joy to the world, scroll down…

Myleene Klass: ‘I knew from the very moment I had my first miscarriage that I’d never be the same again’