It may not have been the first Monday in May – or even the first Monday in September, for that matter – but after last year’s Met Gala cancellation and the eighteen months of various national lockdowns that followed, Monday night’s red carpet brought with it a very welcome form of escapism as fans celebrated the biggest night in the fashion calendar.

Marking the opening of the Costume Institute’s annual fashion exhibit, this year’s Met Gala theme, which traditionally follows on from that of the exhibition itself, was In America: A Lexicon of Fashion.

Encouraging a celebration of American designers, according to Vogue the theme would also welcome nods to cultural, political and social events that have occurred during the pandemic.

“I think that the emphasis on conscious creativity was really consolidated during the pandemic and the social justice movements,” explained Andrew Bolton, the curator in charge of the Costume Institute, “and I’ve been really impressed by American designers’ responses to the social and political climate, particularly around issues of body inclusivity and gender fluidity, and I’m just finding their work very, very self-reflective.” 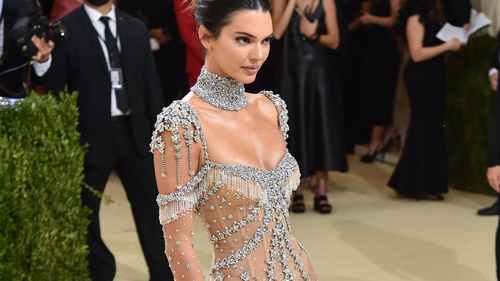 “I really do believe that American fashion is undergoing a Renaissance. I think young designers, in particular, are at the vanguard of discussions about diversity and inclusion, as well as sustainability and transparency, much more so than their European counterparts, maybe with the exception of the English designers.”

So who did we spot on the much-anticipated red carpet? While we all presumed the guest list would no doubt be a slimmed down affair due to the ongoing pandemic and subsequent guideline, with Timothee Chalamet, Billie Eilish, Amanda Gorman, and Naomi Osaka co-chairing the event, we knew we’d be served some seroiusly epic fashion moments.

What we didn’t know was just how many…

Certainly not a slimmed-down affair, it seems that the strict restrictions surrounding Covid vaccines and masks indoors made it possible for just about every major name within the New York area to be invited. And yes, that included the our very own newly-crowned A-lister, US Open champion Brit Emma Raducanu, who arrived on the red carpet wearing Chanel, no less.

With Kendall Jenner (in Givenchy), Gigi Hadid (in Prada), Zoe Kravitz (in Saint Laurent), Normani (in Valentino Haute Couture), Rihanna (in Balenciaga), Billie Eilish (in Oscar de la Renta), Kristen Stewart (in Chanel) and Cara Delevingne (in Dior), there may have been very valid questions surrounding the adherence to the Americana theme, but there was no doubting the sheer wealth of #lewks.

Is open to everyone from today, here’s how to get involved

9 Editors On Their Favourite Purchases

Precious Mustapha from Winx Saga on modelling for H&M, being an advocate for Black women