You’d be forgiven for thinking that we had a short supply of female sporting superstars in the UK though, given how infrequently women’s tournaments – and achievements – hit the headlines. Did you know, for instance, that the Women’s FA Cup Final is just around the corner?

The summer months mark their arrival with a number of must-watch sporting events – the Ashes, the Tour de France, and, of course, the very British tradition that is Wimbledon.

Naturally, we want to see more female sporting talent taking centre stage, which is why we’re excited to see that Oasis have just launched a brand new campaign with the England Netball team, Vitality Roses, for SS19.

The campaign captures the players in a range of signature moves that showcase their strength, skill and agility – all while looking pretty fabulous in key looks from the new Oasis SS19 collection.

Sleek, chic, and oh-so-wearable, the new season silhouettes walk the perfect line between feminine and practical.

Check out the photos for yourself: 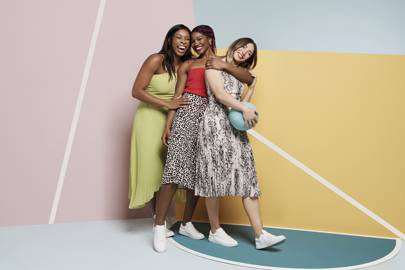 Not that the players are just Netball pros. The new partnership also celebrates the womens’ other accomplishments outside of their netball careers, such as mentoring schoolchildren, practising law, and holding inspirational talks. 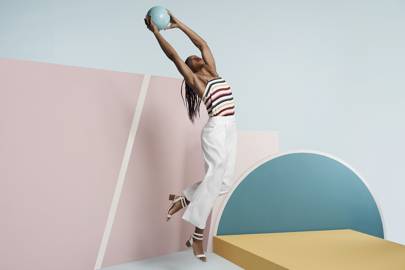 Look out for the players in the Netball World Cup this July, where England Netball will be heading to Liverpool to compete in the championship and hopefully repeat their historic gold medal success at the Commonwealth Games.

How the charity shop got seriously cool

Matching your bra to your cardigan is actually a thing