For many of us, the events which took place on 9/11 are one of our earliest memories. For those who remember life before the attacks, the magnitude of the shock was such that they can remember exactly where they were, and what they were doing when they heard the news.

On Tuesday 11 September 2001, terrorists hijacked four US passenger jets, flying into two skyscrapers in New York, known as the ‘Twin Towers’ or the World Trade Center.

Another plane hit the Pentagon – the headquarter’s of the US’s military base – in Washington D.C. and another plane, which was believed to be heading for the Capitol, landed in a field in Pennsylvania after passengers fought back against the hijackers.

The atrocities are ingrained in the international psyche for a myriad of traumatic reasons. Nearly 3000 people – including approximately 412 emergency first responders – died in the immediate aftermath of the attacks. In 2018, a study reported that 10,000 people who were in the vicinity of the World Trade Center at the time of the attacks have since been diagnosed with cancer – and over 2,000 deaths have been attributed to illnesses resulting indirectly from 9/11, such as toxic exposure. 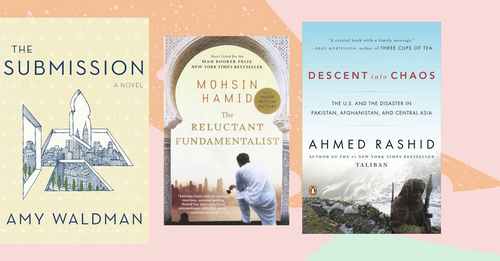 As well as the insurmountable loss of life, 9/11 violently impacted international politics and policy. The attack was carried out by terrorists from the extremist group called al-Qaeda, of which Osama Bin Laden was the leader. Less than a month after the attacks, President George Bush – with international backing (including from the UK) declared war in Taliban-controlled Afghanistan as part of the “War on Terror,” with airstrikes and the deployment of troops. The painful ramifications of this decision are still unfolding today, evidenced through the Taliban’s takeover of Afghanistan in August earlier this year, following the withdrawal of US and UK troops.

The Watson Institute For International And Public Affairs estimates that “241,000 people have been killed in the Afghanistan and Pakistan war zone since 2001,” adding that, “More than 71,000 of those killed have been civilians.” The institute also estimates that 7000 US troops have died in the post 9/11 war zones of Iraq, Pakistan, and Afghanistan. The wars have also resulted in swathes of displacement, often causing citizens to go to extreme lengths to seek refuge.

The repercussions of 9/11 have included an onslaught of Islamophobia, in which an entire religion of people have wrongly been held responsible for the actions of individual terrorists. After 9/11, hate crimes against Muslims increased dramatically, jumping from 28 to 481 incidents in a year. Islamophobia continues to affect Muslims in the US and UK: one report showed that when being taught about 9/11, Muslim students are still subject to ridicule and blamed for the attacks.

The misinformation surrounding 9/11 reminds us of the importance in doing our research, and listening to the voices of marginalised people. Educating ourselves is a vital step towards remembering and honouring the lives lost in 9/11 and in the aftermath of the attacks. Here, we’ve collated some of the best books, podcasts, films and TV shows to get you started.