The students, who attend John Muir High School, feel the ban stems from the assumption that durags are gang-related – and that the policy criminalizes young black men, according to the Twitter account for the school’s Black Student Union.

But the teens disagree, saying the scarves are part of the black cultural identity, as they’re used to create and protect a hairstyle known as “waves.” In fact, durags are also known as “wave caps.” Any association with gang activity is an old stereotype, they insist.

“They’re trying to take away who we are – our culture,” said student Felicia Davis to the Pasadena Star-News. “It is them trying to cleanse our ethnic beauty.”

In a peaceful walkout at John Muir High School in Pasadena, Calif., students protested the ban against durags. 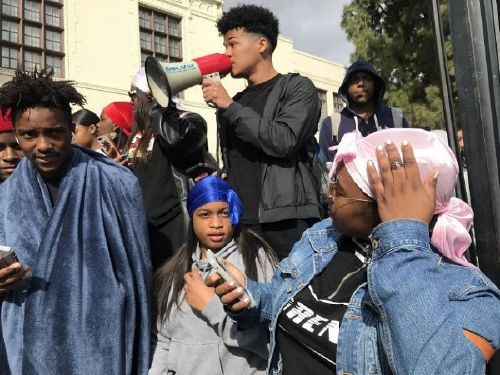 “Them” in this scenario is the Pasadena School District, which issues the Pasadena Unified dress code, a policy that prohibits “hats, caps and other head coverings” from being worn indoors. The students  feel the ban unfairly targets males particularly, as females are allowed to wear head coverings.

Though the policy does not mention durags specifically, its guidelines against gang-related apparel says that schools may ban “apparel that reasonably could be determined to threaten the health and safety of the school environment if it were worn or displayed on a school campus.” Administrators at John Muir High School are said to have extended this policy to durags.

More than 100 students participated in a peaceful walkout at 9:27 a.m. to protest the rule.

“The main reason we protest today is because we’re trying to stop the criminalization of black men on campus,” senior Reggie Myles of the Black Student Union told the Pasadena Star-News.

We want to thank everyone who came out to support our protest on the durag band✊?.We protested against the criminalization of young Black men on campus and an oppressive school environment on black cultural identity.BSU members spoke and we had a WAVE CHECK?#wearenotdangerous ‼️ pic.jxnUNNRsHu

Students chanted, “I am not dangerous,” and conducted “wave checks,” stopping every so often to check each other’s hairstyles. “Is this gang violence right here?” one student asked. “No!”

John Muir principal Lawton Gray told the Pasadena Star-News that the ban on durags stands, and he denied it has anything to do with gang associations. Instead, he said, “It has to do with the values we have for how we present ourselves at school.”

Gray also attended John Muir as a student – and he said he also wore durags, but not at school. “The time to wear a durag to protect waves is when you’re asleep,” he said.

The decision is not set in stone, though. The principal is keeping lines of communication open, and met with members of the Black Student Union to discuss the durag ban last week. The disagreement can’t be settled in one conversation, he said, and the accusation that the ban criminalizes black men is “a much larger conversation,” he said. “We are providing classroom and campus dialogue to provide secure forums where all opinions are respected in both words and actions.”

To that end, he looks forward to continuing the discussion with the Associated Student Body next week. He said none of the students will face disciplinary action for participating in the walkout.

What Bradley Cooper Told, Lady Gaga at the SAG Awards? 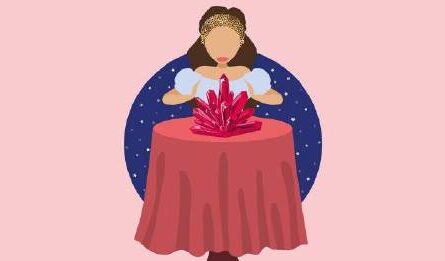