But Aboah is more than just a model/actress/proud owner of 373k followers. She’s also an activist and the founder of Gurls Talk, an online community for women to discuss everything from mental health to the male gaze.

Marc Jacobs Beauty announced their newest face, a buzzy British model named Adwoa Aboah. You may recognize her from Vogue‘s March 2017 cover, where she appeared alongside Ashley Graham, Gigi Hadid, and Kendall Jenner, or from campaigns for Kenzo, Alexander Wang, and Fendi. Oh, and she also appeared in Ghost in the Shell alongside Scarlett Johansson, so there’s that, too.

“I’ve been lucky enough to have been given a platform through modeling, so now I can use it as an activist,” she told Elle earlier this year. “But you’ve got to be specific in your issues. Like diversity in fashion is still an issue, right? That’s something that needs to be talked about still.”

Aboah has been open about her own struggles with depression, bipolar disorder, drug addiction, and even suicide, and hopes to empower other women to do the same. She’s worked with organizations like the Heads Together campaign, which is run by Prince Harry and the Duke and Duchess of Cambridge, and works to dispel the stigma surrounding mental health issues.

Aboah has big dreams for the Gurls Talk, telling W:  “The long-term plan is that I want it to be part of schools, to be part of the curriculum – an hour or half an hour out of one day where these girls have someone come in and workshop and mentor [them] on self-body image; and to also bring in women from other walks of life.  It’s about opening up a conversation and getting people from opposing sides.”

Aboah joins the ranks of iconic beauties like Jessica Lange, Winona Rider, and Kaia Gerber in prompting Marc Jacobs Beauty. Her first campaign, which was shot by David Sims, finds her rocking a matte red lip and a colorful headscarf. And it’s a full-circle moment, given that Jacobs was one of the first major advocates for Aboah in the fashion industry.

“Marc gave me my first fashion show in New York City,” Aboah said in a press release. “It was a dream come true and from that point on, he has been one of my biggest supporters. I am so excited to be the new face of Marc Jacobs Beauty, and to have been able to work alongside Marc once again is truly inspirational. His attention to detail is like no other and you see his vision instantly come to life.” 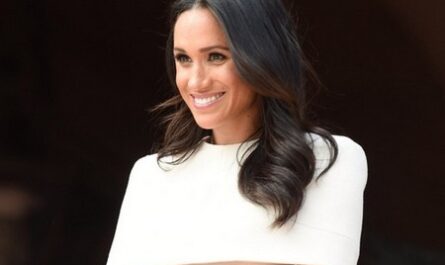 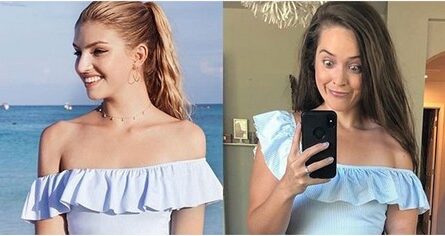 After Seeing These Bathing Suit Comparison Photos, You’ll Be Psyched About Slipping One On