The campaign comes on the back of research which found that 62% of those surveyed don’t think women’s anatomy and health issues are talked about openly and this campaign has been created to tackle this issue head on.

The advert aims to push back against the assumption that there is one accepted biological timeline that women live by: start your period in adolescence, repeat with ‘a bit’ of pain, want a baby, get pregnant, have more periods, stop periods, fade into the menopausal background.

As most women know, the reality is, of course, much messier, but society doesn’t encourage women to talk openly about the highs and lows of their intimate health. Hence Essity wanted to change that and we are seriously here for it.

An incredible campaign that portrays the real story behind periods is being hailed ‘the most refreshing advert ever’ by women around the world. 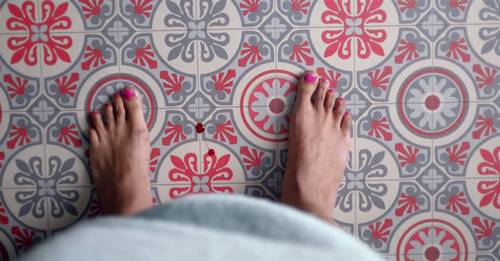 The #wombstories campaign was the brainchild of feminine Care brand Essity who has teamed up with Golden Globe winning and Emmy-nominated director, writer and producer, Nisha Ganatra, and six female animators to imagine the life of women’s wombs in the most candid way.

From the burning down apartment of a peri-menopausal women, a monster ripping at an endometriosis sufferer’s uterus, a woman’s ‘flood gate’ moment during her period and an unexpected sneeze, to the woman who has chosen not to have children and the often turbulent journey of trying to conceive, these stories chronicle the sometimes beautiful, sometimes brutal human side of the biology and physiology that women experience every day and it’s so damn refreshing to see.

As Tanja Grubner, FemCare Global Marketing Communications Director at Essity, explains: “Although this campaign was conceived long before the pandemic changed everything, the issues women face didn’t just get put on hold or go away because of what was going on around us. In many instances, Covid-19 has increased the isolation women feel and the complexities they experience.

The pandemic has seen women forced to give birth alone, have their fertility treatments and endometriosis surgeries delayed and postponed. Now more than ever is a time to ensure women speak up about their bodies and experiences.

“With #wombstories we are starting a movement. We want to boldly go where no other brand has been before; inside women’s bodies and emotions to truly represent their sensations and feelings that we believe are not only invisible but ignored, overlooked or denied. #wombstories reveals a woman’s narrative inside and out and we hope to put these topics on the table for all to talk about. We believe that only once we understand women and everything they go through, can we care for them with our period and daily intimate care products.”

And as Nisha Ganatra adds: “When they’re at their best, our bodies are incredible machines that give us pleasure, and, if we want them to, help us propagate the human race. But they don’t always work. Hell, they don’t often work. Irregular periods. Endometriosis. Miscarriages and infertility. Our bodies can bring joy but also pain and devastation. It’s an emotional rollercoaster that lasts a lifetime. This is what bonds women in sisterhood.”

Unsurprisingly the brand has been praised for ‘breaking taboos’ about women’s experiences in its ‘refreshing and emotional’ advert.

One Twitter user wrote: “This is incredible! So refreshing to see periods being presented as an issue that doesn’t have to be overcome or hidden away. This presents women’s bodily functions in a relatable way- which is the way forward to start breaking those taboos. Thank you so much,” whilst another added: “This is literally the most relatable ad about being a woman I have ever seen. Everyone can relate to this. Bravo.”

We’re so glad to see the reality behind periods being conveyed in all their candid glory. 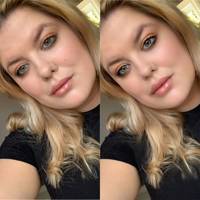