This house, built by paranoid and wealthy business man Jerry Henderson, is located in Las Vegas, Nevada. On the outside, it looks like a standard home, but you’d never guess that there’s a 15,200 square foot bunker stories below the surface.

There’s no denying that old homes can hold a lot of mysteries, and you never know what you’re gonna find in the basement or in the attic of said home. Maybe it’s treasure, or a love letter or some old comic books. Or maybe, it’s a fallout shelter from the 1970’s, that’s so gaudy and fabulous, that it might just be right place to ride out the future apocalypse.

Built in 1978, Henderson had the shelter built because he was concerned about the state of the world and worried that someone was going to attack the US with their Nuclear arsenal.

Henderson spent most of his career getting wealthy with his involvement with Avon cosmetics and Gulfstream. In 1964, he started a new business called “Underground World Homes.”

It was a doomsday-bunker designing and building company.

He pitched his products at the New York Worlds Fair in the mid-60’s, but no one was really biting. Instead, he decided to build one for himself, beneath a specially constructed home with an elevator going down into the safest place he knew. 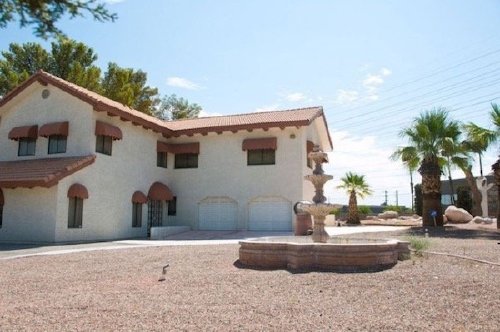 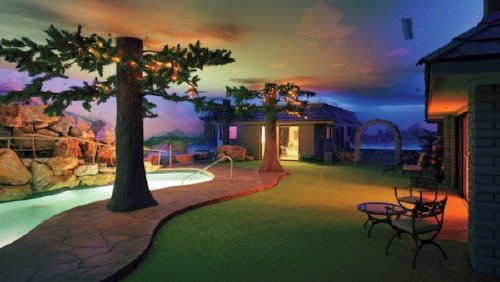 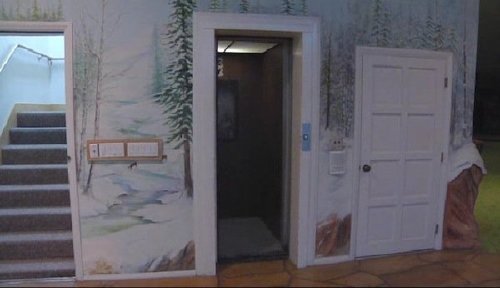 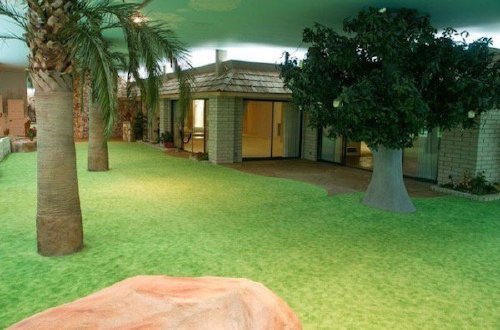 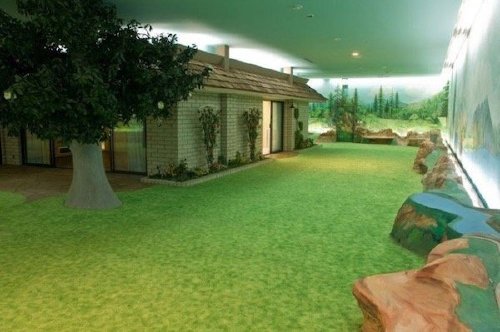 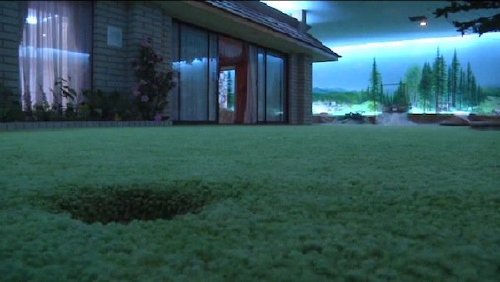 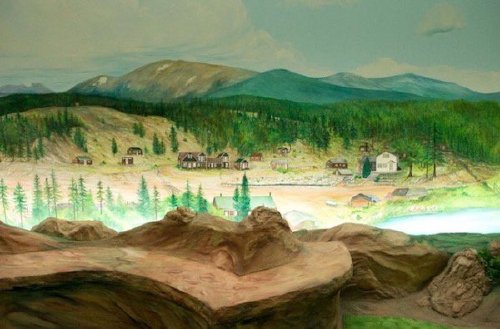 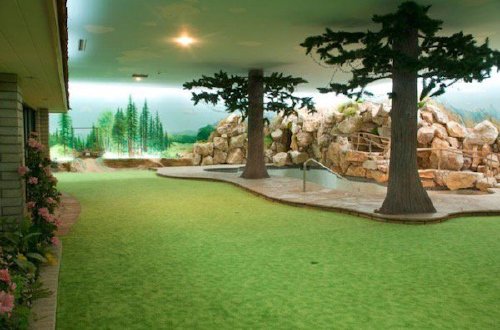 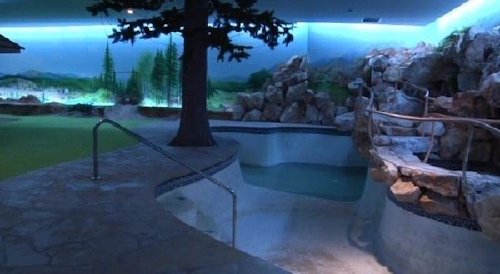 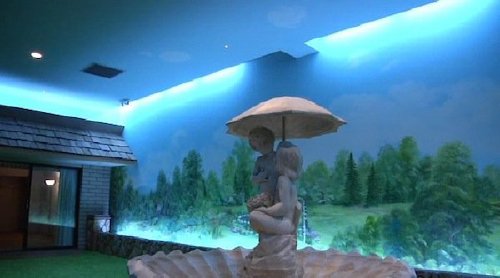 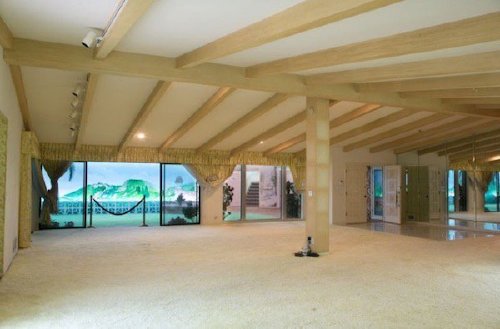 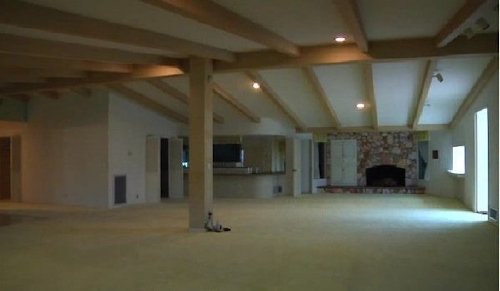 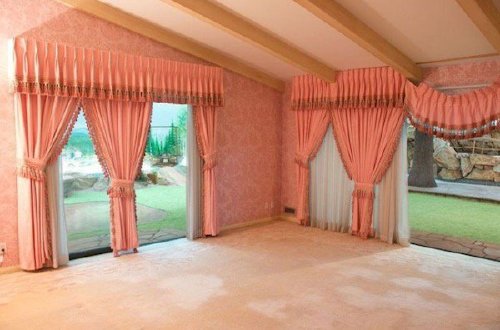 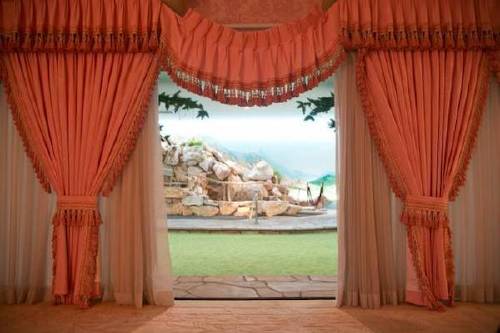 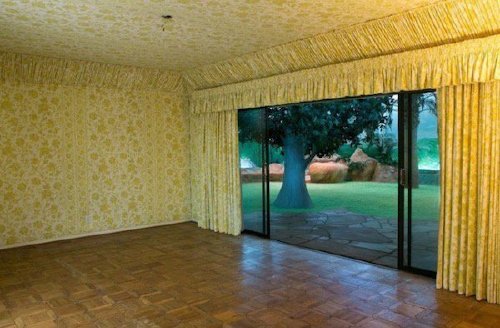 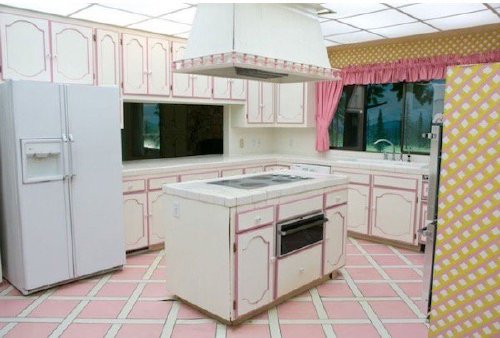 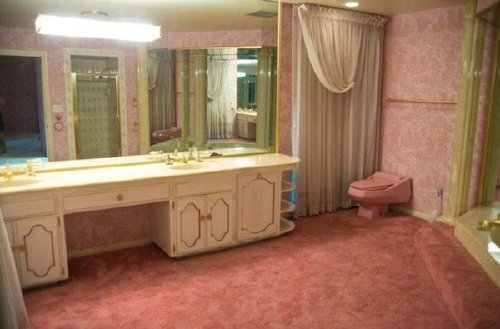 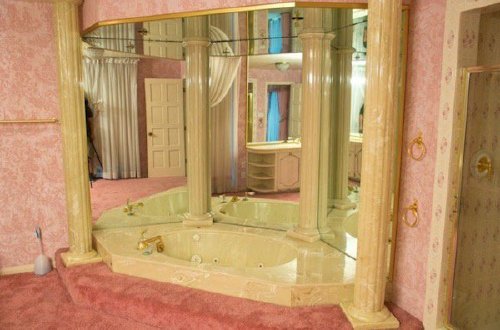 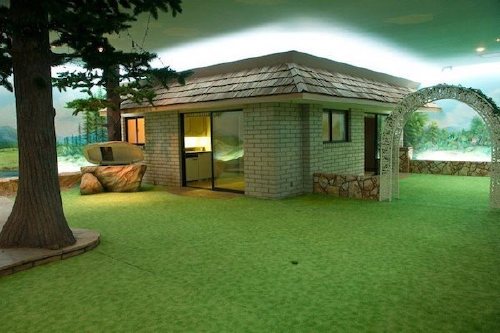 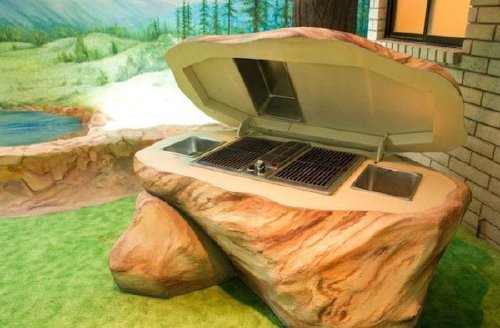 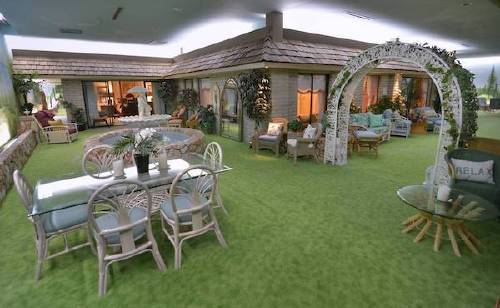 And, he did it with style

Not only did he build a house inside his bunker, he also built a guest house, surrounded by a lawn, putting green, fake trees, fake rocks, and a fake sky.

It kind of reminds me of Blast from the Past with Brendan Fraser and Christopher Walken from 1999. Man, I miss that movie.

Just check that out. Could almost be a real lawn.

He also put in adjustable light settings that made the bunker look like it was “sunset,” “daylight,” “dusk,” and “night.”

Can you imagine nailing your birdie on this groovy green, while the mutant zombie hordes wander the wasteland?

He even had a town painted on the walls, to make everything seem normal.

He even had a pool put in, though I’m not sure where he’d replenish the water, or keep it clean.

Looks romantic enough to help re-populate the Earth, though.

He even had a fountain put in, to make everything seem more idyllic and normal.

This is what the inside of the open-concept and unfurnished house looks like.

Plenty of room to entertain some imaginary friends.

But it does have a wet bar and a fireplace, so really… I’m thinking this could also be a sick love nest, even if there wasn’t an apocalypse.

The bedroom’s got a nice 70’s chic look to it. Apparently, it was a law in the 70’s, that every room needed to be loud.

But that view, though.

The second bedroom had a nice “let’s pretend the end of days isn’t here” type of wallpaper.

How about that kitchen. Came with a built in coffee maker and toaster, and is a perfect time capsule for the decorating aesthetic at the time.

Here’s where things get a little sketchy. There’s pink shag carpeting in the bathroom.

Really Jerry? Aren’t you afraid of gross carpets, mould and other crazy shit festering in your hermetically sealed bomb shelter?

But at least there’s a whirlpool tub. That’s all you need after a long day of avoiding radiation – a hot bath.

The guest house is pretty quaint. Has a mini-kitchen so you don’t disturb your host, and right outside is a BBQ hidden in a boulder.

Though, what would you be grilling down there, I wonder? No where is it mentioned that he’s got a storeroom or giant walk-in freezer for all that food you’d need.

Fortunately, Henderson never got to use the shelter for it’s original intention, and he and his wife passed away in the 80’s. The house has changed hands over the years, and is currently run by The Society for the Preservation of Near Extinct Species – a secretive and mysterious group that’s looking into extending the human lifespan.

They do offer tours though, which is nice. 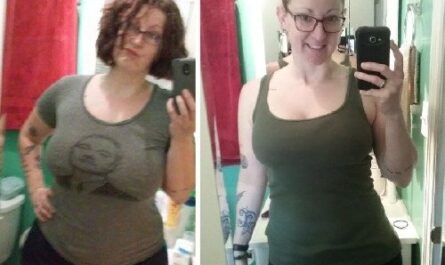 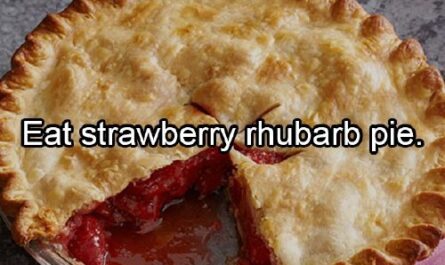 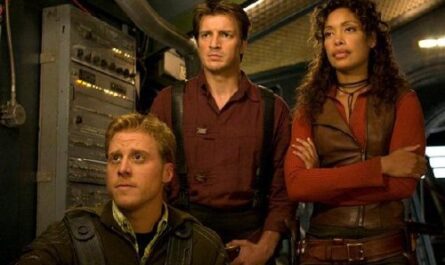