As admirers of Arthur Elrod, Tony Duquette, and other 1960s design icons, Ed Cole and Christopher Wigand were always fascinated by Palm Springs. When the Tokyo-based couple began looking for a second home, they headed straight to the Southern California desert in search of a midcentury property that retained its original character.

The endeavor was not so easy. Some sellers turned out to be reticent; others had renovated their residences beyond recognition. But eventually a promising new listing appeared: the storied house dreamed up by Hollywood set designer James McNaughton in the early ’60s, which became known as San Simeonita (a reference to its resemblance to San Simeon’s Hearst Castle).

The sprawling Palladian-style villa had been famously owned by media heir George Randolph Hearst, who hosted lavish parties for dignitaries and celebrities there and reportedly sheltered his niece Patty Hearst after her much-publicized 1974 kidnapping.

“We had driven by the house many times without really knowing its history and were always intrigued by it,” says Wigand of the Palm Springs abode. “From the front it looked imposing, mysterious, and a little scary, although there were not many hints about what was behind the doors.” Here’s what they found behind the towering doorway, set with brass medallions: 8,000 square feet of glass-walled rooms surrounded by Romanesque statues and colonnaded belvederes and reflecting pools, all backed by panoramic views of the Coachella Valley. The house was bigger and required more work than Wigand and Cole would have liked (some of James McNaughton’s architectural details had been removed, and there were a few unsightly additions), but it had character in spades.

The residence’s entrance atrium, set under an eight-foot domed skylight, features a reflecting pool with a vintage replica of an ancient Chinese sculpture known as the Flying Horse of Gansu.

With the help of interior designer Anthony Cochran, the couple was able to restore the property’s luster, creating a 21st-century interpretation of McNaughton’s vision. “I’m not sure any of us really knew what we were getting into,” says Cochran, half jokingly. “It was a fantastic challenge to make the property feel modern while completely embracing the past.” The designer and his clients were lucky to have archival magazine spreads – including a story published in Architectural Digest in 1963, showing the home’s early decor and layout. These images guided the renovation of the outdoor pool, for example, which kept its statues and belvederes but lost a bulky bar and wraparound railings.

Inside, Cochran was responsible for making sense of Wigand’s and Cole’s vast collection of furniture, which included everything from Italian antiques that once belonged to the Hearst family to a series of bold Lucite-and-metal pieces by American designer Charles Hollis Jones. It all came together splendidly. “I had never worked on a house that had this kind of pedigree, much less tour buses going by on a daily basis,” says the designer. “It was important for me to do something that Palm Springs could be proud of and the owners could be proud of.” 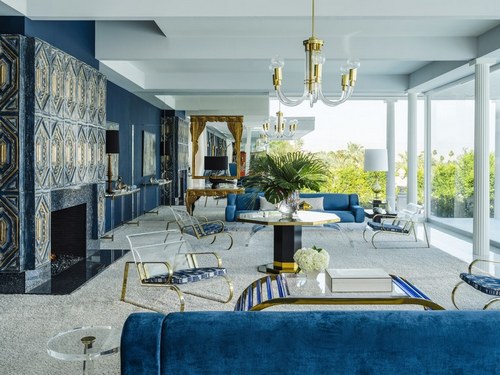 Dark-blue hues dominate the ample glass-walled living room. The palette was inspired by the space’s original fireplace, whose strikingly elaborate tiles once covered the ceiling of an Italian chapel (or so the story goes). While most of the furnishings seen here are designs by Charles Hollis Jones, the central lacquered table with brass details is a 1970s piece by Jean-Claude Mahey. 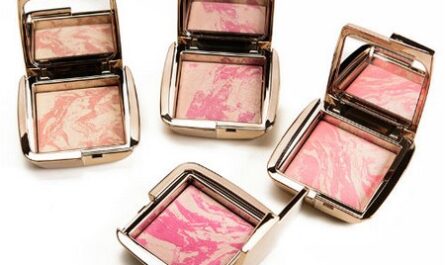 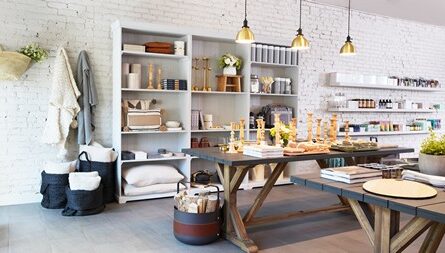