The streaming service has now given us something else to look forward to – they’re releasing a new original documentary on former first lady Michelle Obama next month and it looks epic. 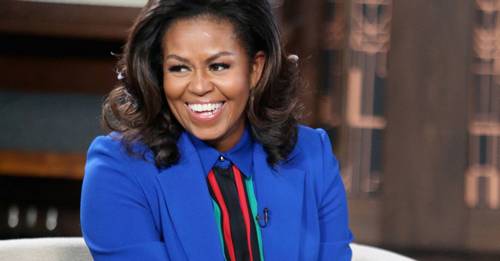 If it wasn’t for Netflix, we’re not sure how we’d be surviving right now. It’s the only plans we have on weekends these days (or all day if you’re on furlough), in between Zoom quizzes and HouseParty pictionary matches.

Following the title of her book, the documentary titled, Becoming, follows Michelle during last year’s 34-city book tour and according to a statement, will give fans an “intimate” and “rare and up-close” look of her life.

The former first lady Tweeted the news, writing, “I’m excited to share that on May 6, @Netflix will release BECOMING, a documentary directed by Nadia Hallgren that shares the stories of the amazing people I met after the release of my memoir. During this difficult time, I hope you’ll find some inspiration and joy in this film.”

The film’s director, Nadia Hallgren, who most recently worked on the After Maria documentary, following the effects of Hurricane Maria on Puerto Rican families, was often forced to film in tight, private spaces for Michelle’s safety. The director said in a statement, “I intended on making a film about her current experience – where she is in this moment and the way she’s reflecting on the entirety of her life, not just her years in the White House.”

Michelle Obama said: “It’s hard these days to feel grounded or hopeful, but I hope that like me, you’ll find joy and a bit of respite in what Nadia has made because she’s a rare talent, someone whose intelligence and compassion for others comes through in every frame she shoots. Most importantly, she understands the meaning of community, the power of community, and her work is magically able to depict it.”

I’m excited to share that on May 6, @Netflix will release BECOMING, a documentary directed by Nadia Hallgren that shares the stories of the amazing people I met after the release of my memoir. During this difficult time, I hope you’ll find some inspiration and joy in this film. pic.twitter.com/fqsIbhXYeL

The former first lady’s memoir, Becoming, sold 1.4 million copies in its first week. After 15 days, the book became the best-selling book in the US for the year 2018 and by March 2019 sold 10 million copies worldwide.

It’s the latest film since the former President and his wife signed a landmark deal with Netflix in 2018. The couple, who run Higher Ground Productions, were involved in the production of Crip Camp, the Nicole Newnham and James LeBrecht-directed film about a summer camp for teens with disabilities. Their first film, American Factory, won the Best Documentary Feature Oscar.