Antisemitism is extremely complex, often subtle, and different from most other types of racism in that it is generally inspired by envy.

People hate Jews because we pass under the radar (we are usually, but not always, white) and are perceived as being clever, successful, wealthy and powerful. Of course, not all Jews are all or indeed any of these things – I know plenty of poor Jews – one in five Jews in Israel lives under the poverty line – but the tropes and the conspiracy theories persist: Jews are money-grabbing; Jews control the media; Jews run the world; Jews are lizard-people; even that the Holocaust has been exaggerated or never actually happened.

And in recent years there’s been a whole new wave of political antisemitism from the Left, which plays on a dislike of Israeli government policies and the hateful distortion of the ideology of Zionism (merely the belief in the right of Jewish people to have our own homeland, like every other ethnic group) in order to attack Jews. Zionism is an integral part of Judaism and anyone who says they’re antizionist, not anti-Jewish, is either lying, deluding themselves or else extremely ignorant.

The EHRC is about to publish a report showing just how deeply antisemitism infiltrated the Labour party under Corbyn’s leadership. He claimed his issue was with the State of Israel, not Jews, but most Jews feel that arguments like this are gaslighting. Generally, if a Jewish person tells you something is antisemitic, then it’s antisemitic. 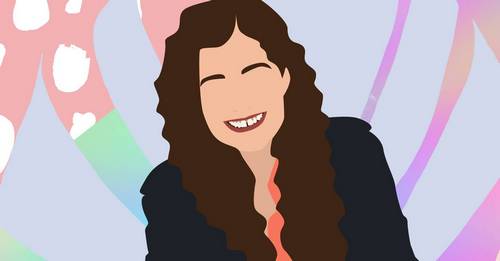 At seven years old, I had my first taste of antisemitism. While playing out in a street in Wembley, North London with my little brother, a group of children shouted at us from the opposite side of the road. “Oy, are you Jewish?” they taunted, probably recognising our Jewish primary school uniforms. I bristled. Then came the killer line: “Jews are dirty and mean.”

I can’t remember a time when I wasn’t acutely aware that some people not only dislike Jews, but want us to be obliterated from the face of the earth. Antisemitism is the original racism, known as “the oldest hatred”. Whenever and wherever Jews have lived, throughout history, we have been persecuted. My grandparents were teenage refugees from Nazi Germany, so from a very early age I knew that most of my relatives had been murdered in the Holocaust. Records show that my great-grandfather was shot into a mass grave, while my grandma’s sister and her five-year-old daughter were gassed in Auschwitz.

After the Holocaust in 1945, people – briefly – believed that antisemitism would never again never rear its ugly head in civilised societies. But that optimism was short-lived. Jew-hate has never gone away and, in the past few decades, has been increasing all over the world, especially in Europe and even in the so-called ‘tolerant’, multicultural UK. Figures released earlier this year show that the number of antisemitic hate incidents in the UK has reached a record high, with 1,805 reported in 2019.

Whether from the left of the right, antisemitism, like all racism, is about ignorance. Once, in a taxi queue at Kings Cross station, I saw a gang of yobs abusing a family of traditionally-dressed, ultra-orthodox Jews. When I told them to stop, they asked why I cared. “Because I’m Jewish too,” I replied, perhaps foolishly. They stared at my leather jacket and jeans, and said, “Well you’re not like them.”

On another occasion, aged 39, I was sitting on a bench on the Promenade in Nice, France, on a sunny Sunday afternoon, when a middle-aged man sat down next to me, uncomfortably close. “Juden,” he spat – the German word for Jew – and then tried to grope me. With my dark curly hair and big nose, he had decided I looked stereotypically Jewish. As I clambered up, shocked, he said in French: “Hitler didn’t finish his job properly.” Now afraid for my life, I started to run, but he followed close behind, until I lost him in the safety of a cafe. Afterwards, I shook for hours.

A large proportion of contemporary antisemitism is to be found not on the streets, but online. On social media I have been told variously that “the problem with you Jews is that you believe you are the chosen people and you should learn to act like everyone else”, and “the Jews in Israel should all go back to where they came from”. One charming woman also told me, “Try not to get gassed.” The social media companies rarely take these comments down.

Antisemitism is so ingrained in society that I have even experienced it from friends and lovers, who are unaware that their preconceptions about Jews are prejudice, not fact. And I’ve spent my whole life making a conscious effort to be generous, so that nobody can accuse me of being a tight Jew, giving needy friends money, always insisting on splitting the bill, making sure I don’t seem materialistic.

Five years ago, I gave birth to a beautiful daughter. Sometimes, I look at her and wonder: how can people hate you just because you’re Jewish, just because you exist? How do I tell her about antisemitism? And when? Like every other Jewish parent before me, I wish that my daughter could grow up in a world where there is no more antisemitism. It’s a naive hope. In the meantime, all I can do is talk about the problem and try to educate people.